Not out of Sheba 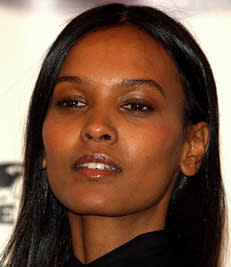 There is a new paper, Ethiopian Genetic Diversity Reveals Linguistic Stratification and Complex Influences on the Ethiopian Gene Pool

, which is being sensationalized in the media. For example, the BBC headline: 'DNA clues to Queen of Sheba tale'

. I assumed that this was just the media, but to my surprise the authors themselves mention the 'Sheba tale' in their discussion for various reasons. This is unfortunate. Though it is true Ethiopians have a legend of descent from the queen of Sheba (and through her relationship to king Solomon the ancient Hebrews), if there is a scholarly consensus about the location of Sheba, it is probably in southwest Arabia (i.e., modern Yemen). But the reality is that it is probably just as likely that the story in the Hebrew Bible is an interleaved synthesis of legend and reality, and that disentangling the nuggets of truth so as to establish the location of the real Sheba is going to be impossible (it is just as likely that the real queen of Sheba, if she existed, was a Levantine notable who was given a more exotic provenance by the redactors of the Hebrew Bible). As for the paper itself, it is of some interest. I've blogged and analyzed

Ethiopian data myself, but the sample coverage here is awesome. Additionally, the authors attempted to ascertain time since admixture in relation to the Ethiopian population for their West Eurasia and African ancestral components, as well as sniffing around for signatures of selection in the genome. The highlights:

In terms of selection, I am curious about what they found in the regions around the highland adaptation loci

. One might predict that these regions should be enriched for indigenous African ancestry if the alleles are old. In contrast, if the alleles are newly arisen in the genetic background then there is no expectation that they should exhibit bias in their local genomic ancestry. The high frequency of SLC24A5 in a tropical population with West Eurasian ancestry is not surprising. South Indians have the derived variant on the order of ~50% frequency as well. The authors speculating about sexual selection seems like a deus ex machina. If sexual selection was strong for the derived variant and light skin then the allele should have become decoupled from the rest of the genome in terms of phylogeny (spreading to populations with lower levels of West Eurasian ancestry). Two major criticisms. First, I am not clear that the comparison with non-African Ethiopian genomes was with the non-African genomes of the non-Sub-Saharan African populations. To get at what I'm saying, if you compare the West Eurasian ancestry of Ethiopians with various West Eurasian groups, then the proportion of West Eurasian ancestry in those groups is going to effect your Fst. Non-Jewish Yemenis have a high load of Sub-Saharan African ancestry. The relative closeness of the non-African component of the Ethiopians to Egyptians and Bedouins may simply be a function of the lower African ancestral load in these populations in comparison to the Yemenis. If the authors found greater genetic distance from Yemeni Jews I would be much more convinced, because the Jewish population in Yemen has a far lower proportion of African admixture than the non-Jews. Second, like Dienekes I am not quite sure of ROLLOFF's power in terms of generating a good peg for the time of admixture in this chronological window of time. The recent admixture events (e.g., North Africa, African Americans) are obviously right. But is it plausible that large numbers of West Eurasians were pushing their way into the highlands of Ethiopia as late as ~3,000 years ago? Perhaps. The depictions by Egyptians of the people of Punt

seem to suggest they were of mostly West Eurasian ancestry. It could be that ~4,000 years ago the admixture had not been so thoroughgoing. There are two reasons I'm skeptical though. First, if there is one part of the world where we have some documentation of population movements ~3,000 years ago, it is the Near East. All we have to go on at this point is ROLLOFF. Second, like Dienekes I think we should be careful about relying on ROLLOFF alone. I have a hard time accepting ROLLOFF's estimate for the admixture between West Eurasians and indigenous ancestral Indians ~3-4,000 years ago as well. Rather, I think that ROLLOFF is either biased toward underestimating the admixture time, or, picks up the last major pulses and misses the "peaks" of admixture. I would push both Ethiopian and Indian admixture events back several thousand years at least from what ROLLOFF is implying (or, perhaps more precisely, the inferences that some researchers make from ROLLOFF). 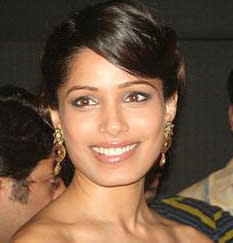 Which brings me to an interesting point: there are strange correspondences between the demographic history of Ethiopia and South Asia. In both situations you have a population which seems to have arisen out of a balanced admixture between a distinctive indigenous population and a West Eurasian group which was intrusive. The ancient and medieval Western thinkers sometimes confused Ethiopia and India because of their marginal geographical position in relation to the Mediterranean world and the existence of dark-skinned people in both locales. The Greeks did differentiate though between the lighter skinned Indians of the north and the darker skinned ones of the south, with the latter resembling Ethiopians the most, except that their hair form was not curly (in reality, "north" would be the Punjab and Sindh, while the "south" would be Kerala and Tamil Nadu, because of the nature of Greek commerce and trade). Today some South Indians apparently get confused for being Ethiopian, and no doubt the reverse occurs, especially for women who straighten their hair somewhat. That's all I'll say for now. The data is online, in convenient pedigree format

. So I'll be weighing in more in the near future.... Citation:Ethiopian Genetic Diversity Reveals Linguistic Stratification and Complex Influences on the Ethiopian Gene Pool