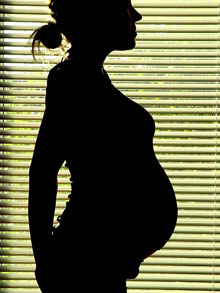 In the category of “conclusions we can’t believe needed to be reached,” Australian researchers who studied 299 women over eight years—including during their pregnancies—found that they were no mentally worse for wear after bearing children.Neither pregnancy nor motherhood had any detrimental effect on each mother’s cognitive capacity, said Helen Christensen, director of the Center for Mental Health Research at Australian National University.

Christensen says previous studies may have linked cognitive deficits to pregnancy because they were comparing pregnant women with other non-pregnant women.In this study, they were able to compare a woman's mental capacity to herself, by measuring it before, during, and after her pregnancy. The researchers did find, however, that the mothers were slightly less well-educated than women of the same age who didn’t have children (the study followed a total of 2,500 women's lives in detail).Future studies will reveal whether this small difference, attributed to an interruption in education, will give mothers a long-term disadvantage—although there is indication that delaying motherhood increases earnings.

As a counterpoint, Christensen points to studies showing that motherhood is actually good for rats [pdf]: Rat moms are superior maze-navigators and multi-taskers, and have less anxiety and fear than their childless counterparts. Imagine if future research finds that humans have the same pattern—maybe it’ll prompt employers to get a little more generous with maternity leave.