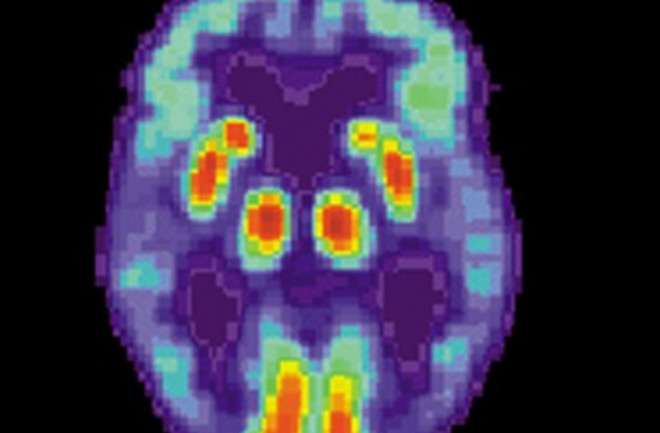 What's the News: A modified antibody can make its way into the brain and target the development of Alzheimer's-inducing plaques, researchers reported today in two animal studies in Science Translational Medicine. The blood-brain barrier usually keeps drugs and other compounds from entering the brain in large enough quantities to be effective, but these studies show a way to trick the body's own defenses into letting the drug in, demonstrating that this obstacle to treating Alzheimer's could potentially be overcome. How the Heck:

Image: PET scan of the brain of an Alzheimer's patient / National Institute on Aging