Recent research shows that males outlive females 25 to 50 percent of the time. 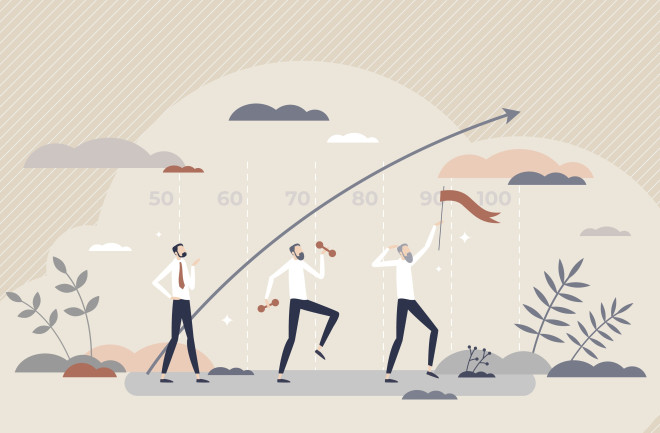 In prior research, experts thought females had higher life expectancy than males. On average, American males live to 76, while females live to 81. But the reality isn’t that black and white. There’s a wide spread of lifespans within the sexes. And when ranges overlap, there’s a good chance that any male could outlive any female.

In a new study, researchers quantified the probability that a male outlived a female from the same time and place. They analyzed mortality data from 199 populations spanning all the continents, dating back to 1751.

Males outlived females 25 and 50 percent of the time, but the exact likelihood depended on demographic factors like education and marital status. “Not all females outlive males, even if a majority do. But the minority that do not is not small,” the authors say in a press release.

At a value of 0.5, males have a 50-50 chance at outliving any given female from the same group. As outsurvival decreases, those odds dwindle.

For the last 250 years, outsurvival ranged from 0.25 to 0.5. It dipped from 1880 to 1970, probably because men began smoking more frequently, but it has been rebounding since then.

It’s counterintuitive, but countries near 0.5 aren’t necessarily paragons for health equity. Instead, they tend to have huge variation in female lifespans. The reasoning is this: If females die at young ages, they’re easy for males to outlive, which drives up the value.

In 1950s and 1960s India, for example, male outsurvival approached and oscillated around 0.5. But this was mainly because girls younger than five years old had astronomical death rates.

Biological differences might mean that outsurvival statistics of 0.5 are unreachable unless health inequities kill females earlier. As the authors showed in the 1950s India example, interpreting the statistics without context could lead to misinformed interpretations of health justice.

Instead, it’s more informative to consider outsurvival alongside lifespan variation within each sex. For example, in France, males were just as likely to outlive females in 2018 compared to 1962. But the standard deviation of female lifespan — a measure of variation — dropped by six years. That means females didn’t die early, but males still managed to outlive them.

Contextualized interpretations of outsurvival could highlight equitable populations. It could also target lagging ones where governments can intervene. Used responsibly, outsurvival could provide a valuable public health tool that is far more comprehensive than life expectancy.

More From Discover
The Sciences
Signs of Dementia in Dogs
Mind
Why the Human Brain Takes Decades to Develop
Health
10 Science-Backed Ways to Boost Your Brain
Health
Why Walking Might Be One of the Best Exercises For Health
Health
Combat Cognitive Decline With These 5 Activities
Technology
Life After Death? Cryonicists Try To Defy Mortality By Freezing Bodies
Recommendations From Our Store
My Science ShopDiscover STEM Kits
My Science ShopDiscover 2022 Calendar
My Science ShopStrange Science
My Science ShopElements Flashcards
Shop Now
Stay Curious
Join
Our List