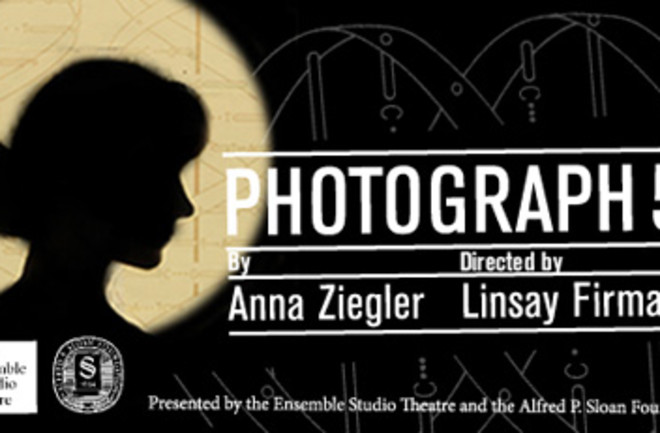 Rosalind Franklin would probably not have appreciated her posthumous reputation. First there was the colossal insult of being denied due credit for her role in the discovery of DNA's double helix shape, a breakthrough that revealed not only the form of our genetic material, but also how it functioned. James Watson and Francis Crick received the lion's share of the glory for that finding, and for decades Franklin was a historical footnote. But it seems likely that this no-nonsense scientist wouldn't have appreciated being reduced to a feminist cartoon either--more recently, she's been held up as an example of a woman crushed by the good old boys network. That's why a new play at New York's Ensemble Studio Theatre is so necessary, and so right on the money. The play, called Photograph 51, honors Franklin's achievements and rues her relative obscurity, but it also returns to her the ambiguities and complexities that a real human being deserves.

It tells the dramatic tale of the race to the double helix in the years between 1951 and 1953, when Franklin and Maurice Wilkins were using X-ray diffraction to take the best images ever of DNA; the play is named after one particular photograph that showed its helical structure with striking clarity, which inspired Watson and Crick to build their double helix model. The researchers' papers all came out in the same issue of Nature. But by the time the Nobel Prize was awarded for the work in 1962, Franklin had died (at the age of 37) from ovarian cancer, leaving Watson, Crick, and Wilkins to share the prize. The play presents Franklin as a prickly and strong-willed woman who was sabotaged by her own personality: Distrustful of her colleagues and aware of her outsider status as a Jewish woman, she refused to collaborate with Watson and Crick, and was barely civil to her colleague Wilkins. If she had been willing to fraternize with the other scientists, could she have reached the double helix first? On the other hand, would a woman with a more accommodating spirit have gotten as far as Franklin did? Photograph 51 does Franklin the honor of raising these questions, but not trying to answer them. The play continues until November 21st. I highly recommend it. Related Content: 80beats: Long-Lost Letters From DNA Pioneers Reveal Conflicts and Tensions DISCOVER: The 50 Most Important Women in Science DISCOVER: Interview: James Watson DISCOVER: Tribute: Francis Crick