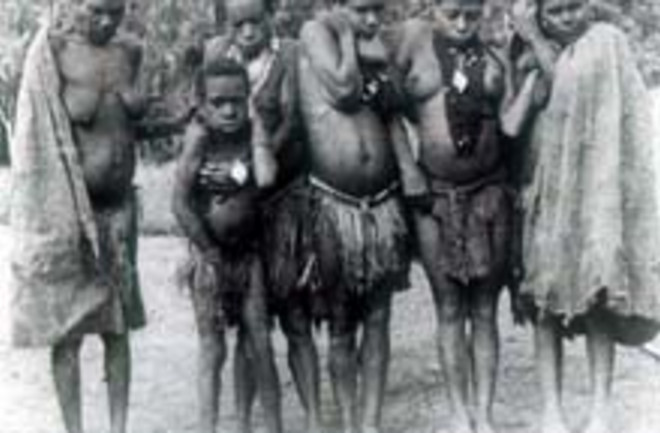 Members of a tribe in Papua New Guinea has evolved resistance to a affliction similar to mad cow disease (called Creutzfeldt Jakob disease, or CJD, in people). How did they do it? Cannibalism, according to a study in the New England Journal of Medicine. The Papua New Guinea variant is called kuru, and it was a disaster there.

When members of the Fore people in Papua New Guinea died, others would eat the dead person's brain during funeral rituals as a mark of respect. Kuru passed on in this way killed at least 2500 Fore in the 20th century until the cause was identified in the late 1950s and the practice halted [New Scientist]

. The scientists compared DNA samples of about 3,000 living Fore people, some of whom had participated in the old rituals, to 152 samples of stored DNA from Fore that kuru killed.

They looked at the genes for prions, ordinary brain proteins that take on a misfolded shape in prion disease such as CJD and kuru. They found a mutation called G127V that protected people from kuru. Only people who ate brains and survived have it, they found [Reuters]

. The discovery excited scientists with the possibility of understanding and even treating other prion diseases, like CJD. And British neurologist John Hardy exemplified the scientific glee at seeing human evolution happen in such a short time.

"It's fantastic demonstration of natural selection... In Papua New Guinea kuru became the major cause of death, so there was a clear survival advantage and the selection pressure was enormous" [BBC News]