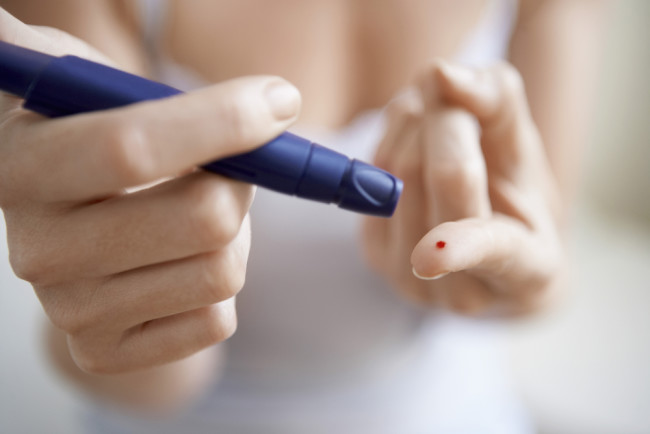 Type 2 diabetes, the most common kind, results from too little insulin in the bloodstream, leading to high blood sugar levels and a host of other health problems. The disease is growing in prevalence and is intensive to manage---many diabetics do daily insulin injections and blood sugar testing---with fatal consequences if it's left out of control. Now scientists have opened the doorway to a new approach to diabetes treatment---rather than boosting insulin supply, instead slowing its disappearance---with the discovery of a molecule that inhibits insulin's degradation. The discovery could bring new therapeutic treatments for diabetics.

In the recent study scientists focused on the behavior of insulin-degrading enzyme (IDE), which, as its name implies, breaks down insulin. Because in type 2 diabetes insulin levels are too low, blocking IDE has been a therapeutic approach of interest in treating the disease. Researchers sifted through more than 13,000 potential candidate molecules to find one, called 6bK, that bound to mouse IDE in a test tube. They then put 6bK to the test in live mice, some obese and some lean. The mice were given injections of the enzyme inhibitor and then an oral dose of glucose, simulating the sugar spike experienced after eating a meal. The mice treated with 6bK showed increased insulin levels and improved glucose clearance, both of which are problems for diabetics. The findings were published today in Nature

The findings, researchers say, firmly establish IDE as a target of exploration among diabetes therapies. Researchers speculate that pre-meal medications that block IDE, rather than chronic treatments, could be developed based on the evidence presented in their study. With a target firmly planted on the infamous enzyme, future studies can take aim at finding new ways to help more than 10 percent of the U.S. population living with diabetes.