Need a New Pancreas? It May Come From a Sheep 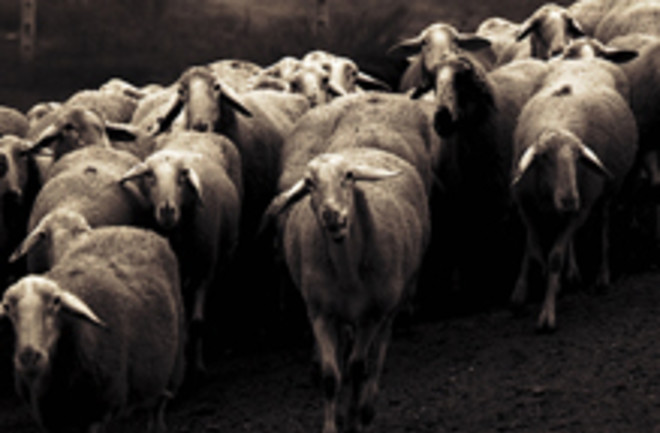 Doctors and zombies find themselves on the opposite sides of most issues, so the world would be well advised to take notice of one question where they entirely agree: We need more organs. More than a hundred thousand people are on the waiting list for organ donations, and 19 die each day because they can’t get an organ in time. Fortunately, scientists are working hard to find ways to create them—including growing them in the lab. Others are using polymers to help regenerate key tissues, and researchers have even tried growing organs in a healthy person’s body. Now, the latest buzz over organ generation comes from Japan, where scientists claim they have grown a spare chimpanzee pancreas in a sheep's underbelly. To grow the organ, Jichi Medical University's Yutaka Hanazono used “sheep-based chimera organ technology,” a method that implanted chimp stem cells in a sheep to grow an extra pancreas. Hanazono claims this is a much better way to grow organs than trying to grow them in test tubes. Scientists say it’s going to be a good 10 years or so before they will take human stem cells and grow human livers, hearts, pancreases and skin. For now, the extra pancreas could only really help out a diabetic chimp. Related Content: DISCOVER: Grow Your Own Organs DISCOVER: Transplant Patients End Up With Killer Organs