My Excrement, Myself: The Unique Genetics of a Person's Gut Viruses 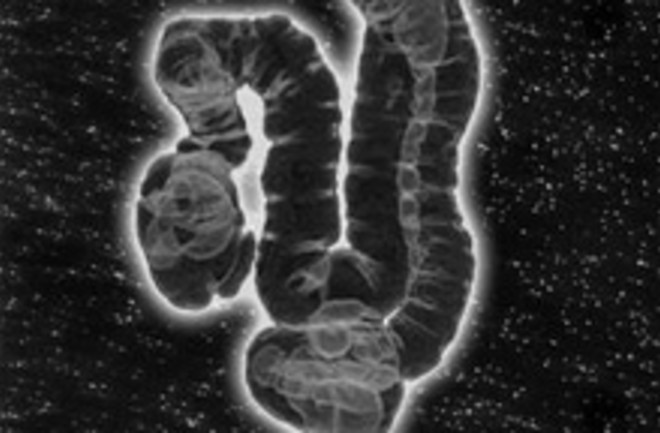 Identical twins don't share everything. The mix of viruses in a person's gut, a new study says, is unique to each of us, even if we share nearly all our DNA with another person. That is, at least according to our poop. This year scientists have been working to decode the genetics of the beneficial microbes that live inside us, like the bacteria that help us digest food. But those trillions of bacteria have partners of their own—beneficial viruses. Jeffrey Gordon and colleagues wanted to see what those viruses were like, and how they differed from person to person. To do it, they studied fecal samples that came from four sets of identical twins, as well as their mothers. Each identical twin had virus populations that didn't resemble those of their sibling—or anybody else, for that matter.

Remarkably, more than 80 percent of the viruses in the stool samples had not been previously discovered. "The novelty of the viruses was immediately apparent," Gordon said. The intestinal viromes of identical twins were about as different as the viromes of unrelated individuals [MSNBC].

In addition, those viruses appeared to be stable over time, as opposed to the ever-shifted bacterial populations in people. And the virus-bacterium relationship in our gut, the study suggests, is different than in many other places. Viruses that infect bacteria

and take advantage of them to replicate are called bacteriophages, and the two often enter an evolutionary arms race of new attacks and defenses. Not inside us, though.

When the researchers probed deeper, they found that many of the bacteriophages carried bacterial genes that help microbes survive the anaerobic conditions in the colon. “You could see that these viruses were porting around genes that could benefit their host bacteria,” Gordon says. If the viruses transfer those genes to other bacteria that don’t normally carry them, that could help genetically disadvantaged bacteria evolve to live better in the colon [Science News].

If our gut viruses

are truly unique, then the question for future research becomes: Why? And how does one's unique viral population become established? Gordon's study also shakes up our picture of who's the boss. We've talked before about humans' reliance on our resident bacteria

, without which we could not survive. But if bacteria are reliant upon viruses to shake up their genetics and help them survive the harsh environment of human intestines, are not viruses the true lords of our guts? Says microbiologist David Relman:

"It could be that viruses are the real drivers of the system because of their ability to modify the bacteria that then modify the human host," he says. "So this study is in some ways looking into the genesis of the human body by seeing what viruses within it are up to" [Nature].

80beats: Scientists Sequence DNA from the Teeming Microbial Universe in Your Guts

80beats: Your Belly Button Is a Lush Oasis for Bacteria, and That’s a Good Thing

80beats: Ice-Loving Bacteria Could Give Humans a Vaccine Assist

80beats: Parasitic Wasp Genome Is Like the Wasp Itself: Weird and Surprising