Pass the MSG: Monosodium glutamate is just sodium and the amino acid glutamate, which is found in nature. Yet even after scientists have debunked MSG's supposed health effects, the stigma persists. 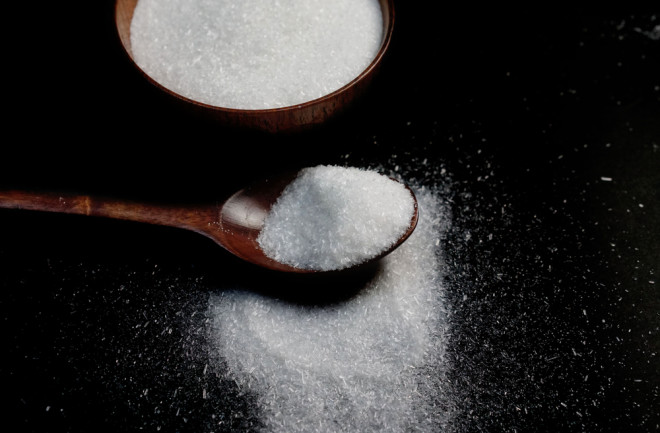 Japanese chemist Kikunae Ikeda had an obsession. A flavor he couldn’t quite put his finger on kept showing up in his meals, whether he was eating cheeses and tomatoes in Germany or dashi, a broth he knew from home. After several years of investigating the savory quality, Ikeda proposed in 1909 that the sensation was a fifth taste — one he dubbed “umami.”

Ikeda then went further. He found that the flavor came from a compound called glutamate, and when you merge that with sodium, it can add the umami taste to something as plain as a glass of water. Eventually, he and his business partner produced the sodium and glutamate combination for consumers who wanted to infuse their foods with the savory taste. The product was monosodium glutamate, or MSG.

Americans likely know MSG best as a component of Chinese food. It also has an unfounded reputation for causing headaches, weakness or numbness after eating dishes seasoned with it. But not only has research failed to connect MSG to any ill symptoms or health problems, the flavor agent is also one of the most widely-consumed food additives around. MSG is a staple ingredient in commercially produced soups, chips, crackers — anything that can benefit from a punch of savoriness.

MSG combines an element and a compound that our bodies know well. The first, sodium, is one of two ions that make up table salt. The second, glutamate, is an amino acid that gets put to work in all kinds of physical systems. It helps deliver messages in the nervous system, it functions as one of the many building blocks we rely on to create proteins, and it interacts with taste receptors in our mouths.

Our bodies can make glutamate, and it also shows up naturally in foods like scallops and tomatoes, as well as fermented products like parmesan cheese. When merged with sodium, the resulting product so efficiently adds depth and enjoyable flavor to a dish that by 1969, the U.S. was producing 58 million pounds of MSG a year and incorporating it into TV dinners, cereals, condiments and more.

Despite the ingredient appearing organically in common foods and manufacturers adding it into Western dietary staples, a letter about “Chinese restaurant syndrome,” published in the New England Journal of Medicine in 1968, sparked worries about ingesting MSG. The author, identified as Robert Ho Man Kwok, reported feeling numbness in the back of his neck and general weakness after eating at Chinese restaurants, and suggested that a potential culprit could be the MSG added to the dishes. The list of supposed symptoms attributed to MSG grew in the following decades to include headaches, sweating, nausea and chest pains.

Panic about how Chinese restauranteurs used the additive grew, too. In New York, health authorities wrote letters targeting Chinese food producers, warning them to keep MSG levels low — with no such letters sent to other food producers. And when a healthcare professional suggested renaming the "Chinese restaurant syndrome" with a title that didn't specify a certain cuisine (since the ingredient appeared in all kinds of foods), "such suggestions were ultimately ignored and the vast majority of studies continued to refer to MSG-related reactions as the Chinese restaurant syndrome well into 1980s," wrote Ian Mosby, a food historian at York University, in a Social History of Medicine paper.

Research hasn't backed up claims that physical symptoms develop after eating MSG. Study participants given MSG or a placebo capsule are typically just as likely to get headaches or numbness, no matter which one they consumed. And these vague symptoms seem to stem from a range of foods. One study of 60 individuals, for example, found that two people who had ingested MSG broth felt tightness or numbness — but so did six people who had coffee and spiced tomato juice which didn't contain MSG.

Even studies that did find some correlation between MSG consumption and physical effects only turned up evidence that was weak at best. For instance, researchers who recorded the responses of 130 people who thought they were sensitive to MSG found that some individuals may show more symptoms when eating the ingredient without any other food. But when participants ingested the MSG serving as part of their breakfast, their symptoms disappeared.

Some of the world's largest food safety governing bodies have approved the ingredient, too. The FDA considers MSG to be "generally recognized as safe." Many other organizations have decided the same, including JECFA, an international scientific committee administered jointly by the Food and Agriculture Organization of the United Nations and World Health Organization.

Despite this research, the consequences of consuming MSG still seem real for many Americans. A 2018 survey of U.S. consumers showed that respondents still had negative opinions of the ingredient, even though some people were confused about the difference between MSG and regular table salt.