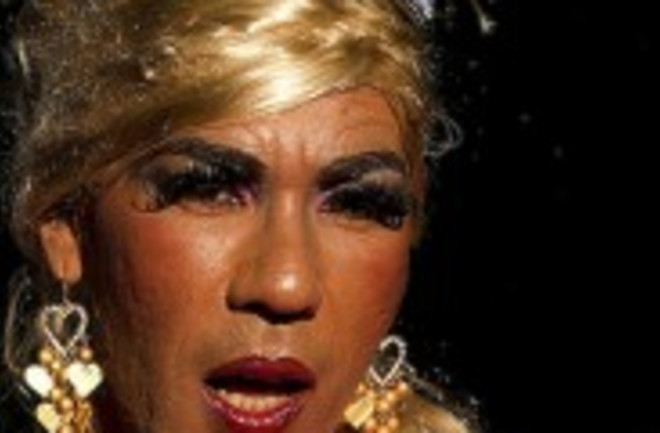 Photo: flickr/Tiago CelestinoIt's well known that men have higher rates of heart disease than women. But is there a difference between "girlier" and "manlier" men when it comes to heart disease death rates? This study surveyed over 1500 men and women to determine whether femininity vs. masculinity was associated with risk of death from coronary heart disease. They found that men identified as "feminine" or "expressive" had a lower risk of death from heart disease than those who had a more stereotypically masculine self-image, suggesting that differences in heart disease death rates between men and women might not solely be physiological. Maybe the stereotypically masculine men are just too stubborn to go to the doctor?

Decreased risk of death from coronary heart disease amongst men with higher 'femininity' scores: a general population cohort study. "CONTEXT: At all ages men have higher rates of coronary heart disease (CHD) than women, although similar proportions of men and women eventually die of CHD. Gender differences in CHD incidence and mortality are often explained in relation to biological (hormonal) and behavioural risk factors (e.g. smoking), but psychological factors and broader social constructions of gender are rarely considered. OBJECTIVE: To examine the relationship between measures of gender role orientation at baseline in 1988 and mortality from CHD over 17 years (to June 2005). DESIGN: Prospective cohort study linked to national mortality reporting. SETTING: Socially varied, mainly urban area centred on city of Glasgow in West Central Scotland, UK. PARTICIPANTS: In total, 1551 participants (704 men and 847 women) aged 55 years took part in detailed interviews with nurses trained in survey methods in 1988. These included a wide range of measures of physical development and functioning, self reported health and health behaviour, personal and social circumstances and a measure of gender role orientation (yielding scores for 'masculinity' and 'femininity'). MAIN OUTCOME MEASURES: Mortality from CHD up to June 2005 (88 CHD deaths in men; 41 CHD deaths in women). RESULTS: After adjusting for smoking, binge drinking, body mass index, systolic blood pressure, household income and psychological well-being, higher 'femininity' scores in men were associated with a lower risk of CHD death (hazards ratio per unit increase in 'femininity' score 0.65, 95% CIs 0.48-0.87, P = 0.004). No such relationship was observed amongst women. 'Masculinity' scores were unrelated to CHD mortality in either men or women. CONCLUSIONS: These results suggest that social constructions of gender influence the risk of ill health, here death from CHD. Men who are less able to identify themselves with characteristics identified as 'feminine' or expressive (who have a more limited stereotypically masculine self-image) may be at increased risk of coronary disease. Further research on the link between social constructions of gender and health is needed."

NCBI ROFL: The scent of a woman.