In a small study, patients with mild COVID-19 infections were at greatest risk of spreading the virus within the first five days of developing symptoms. 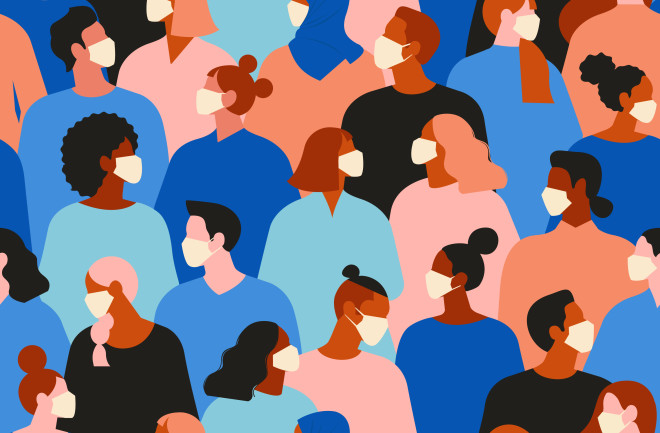 The virus behind the global COVID-19 pandemic is a stealth operative. In some people, the novel coronavirus (SARS-CoV2) manifests with mild or no symptoms at all. These people then go about their normal lives and accidentally infect other people around them. Some of those people develop serious symptoms and end up in the hospital.

These realities have brought the world to a standstill as we practice extreme social distancing measures to reduce the spread — and hopefully keep hospitals and health care systems from getting overwhelmed. Scientists have been working around the clock to learn everything they can about the virus and the disease it causes, COVID-19, in the hopes of controlling the outbreak and saving lives.

“This virus does have the ability to transmit far easier than flu. It’s probably now about three times as infectious as flu,” Robert Redfield, director of the Centers for Disease Control and Prevention, told NPR in a recent interview.

Based on what we know so far, about 80 percent of COVID-19 cases are mild, and potentially up to a quarter or half of people who are infected don’t show symptoms at all. A new study, published Wednesday in the journal Nature, suggests that people with mild cases of the disease may be the most infectious within the first days of developing symptoms. While the sample size is tiny — just nine people treated at a single hospital in Munich — these initial findings could help us better understand how mild cases are fueling the pandemic.

In the study, a group of researchers in Germany collected samples from nine patients, all young or middle-aged adults without underlying health conditions and with confirmed cases of COVID-19. For four weeks after diagnosis, researchers took throat, lung and respiratory tract mucus samples from each patient, as well as multiple urine, blood and stool samples. The scientists then analyzed the samples for traces of viral RNA to indicate an active infection. They also tried to isolate the infectious version of the virus from the samples.

When examining nose and throat swabs, the researchers found the patients, on average, had the highest viral load in the first five days of developing symptoms. Until day eight of symptoms, researchers were also easily able to isolate an infectious form of the virus from throat, lung and mucus samples. In the second week of the illness, however, the researchers were unable to isolate this infectious virus variety, even though the patient samples continued to turn up relatively high levels of SARS-CoV2.

Only two patients in the small study showed signs of developing lung infections from COVID-19. In these slightly more serious cases, the viral loads peaked later — around days 10 or 11 — compared with the other patients. Meanwhile, none of the urine or blood samples contained any virus. Stool samples did, but the researchers were unable to isolate an infectious version of the virus from these samples.

“Taken together, these initial findings indicate that shedding of SARS-CoV2 in the upper respiratory tract occurs most efficiently early on, when patients still have mild symptoms,” wrote the authors in a release about the findings. This could mean patients with mild cases shed more virus, and perhaps spread the disease most efficiently, within the first few days of showing symptoms. This also seems to confirm that throat swabs are enough to provide an accurate diagnosis early in the disease’s presentation, the researchers point out in the paper.

The main limitation of the study is its small size of just nine test subjects. The study also does not compare the contagiousness of mild versus severe cases. Patients with more severe symptoms may have a higher viral load than the patients with milder cases included in this study.

And if you are more symptomatic, it is possible you are shedding even more virus, Jeffrey Shaman, director of the climate and health program at the Mailman School of Public Health at Columbia University, said last week. In other words, you could therefore be more contagious than someone infected but showing no symptoms.