Men with beards are more likely to be sexist. 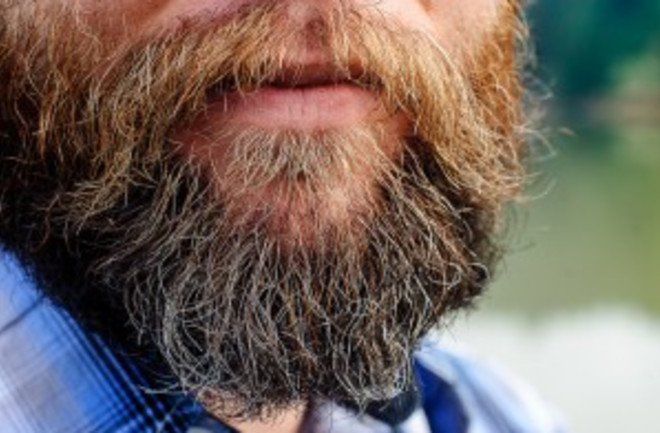 Despite the recent popularity of beards, facial hair can be controversial: as we've previously shown, it makes men less likely to get hired and more likely to be seen as guilty by a jury. Well, all you beard-haters out there, here's some more ammunition for you. In this study, researchers surveyed men from the USA and India on both their facial hair and their attitudes towards women. They found that men with beards were more likely to be sexist, and they hypothesized that men who have sexist attitudes choose to grow beards to make them look more masculine and dominant. Nice try, Santa Claus.

The Association Between Men's Sexist Attitudes and Facial Hair. "Facial hair, like many masculine secondary sexual traits, plays a significant role in perceptions of an array of sociosexual traits in men. While there is consensus that beards enhance perceptions of masculinity, age, social dominance, and aggressiveness, the perceived attractiveness of facial hair varies greatly across women. Given the ease with which facial hair can be groomed and removed entirely, why should some men retain beards and others choose to remove them? We hypothesized that men with relatively sexist attitudes would be more likely to allow their facial hair to grow than men with less sexist attitudes. Men from the USA (n = 223) and India (n = 309) completed an online survey measuring demographic variables, ambivalent sexism, and facial hair status. After controlling for demographic variables, men with facial hair were significantly higher in hostile sexism than clean-shaven men; hostile sexism was a significant predictor of facial hair status over and above demographic variables; and facial hair was more frequent among ambivalent and hostile sexists than among benevolent and non-sexists. It is suggested that sexist men choose to grow facial hair because it maximizes sexual dimorphism and augments perceived masculinity and dominance." Related content: If you want to get hired, better shave that beard.Innocent until proven bearded.Is that a subcutaneous larva or a hair?Frequency of pubic hair transfer during sexual intercourse.