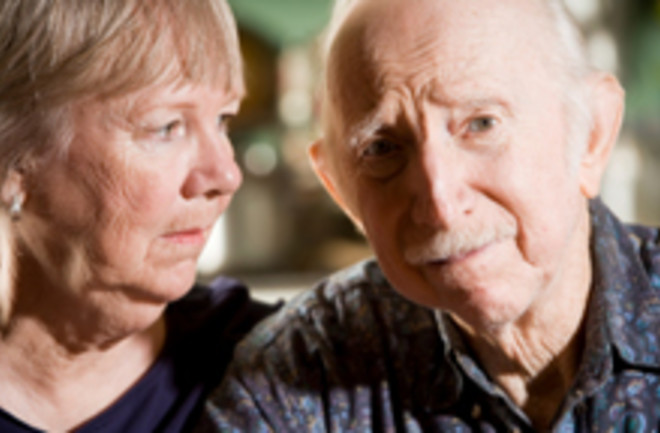 It started as an observation in a Seattle cancer ward, where oncologist Marc Chamberlain noticed that his male patients were often receiving steadfast support from their wives, while his female patients often didn't have husbands hovering at their bedsides. Based on this anecdotal evidence, Chamberlain decided to investigate divorce rates among couples where one person had recently been diagnosed with a serious illness. His findings raise troubling questions about the loyalty of the male sex.

The study included diagnoses of both cancer and multiple sclerosis and found an overall divorce rate of nearly 12 percent, which is similar to that found in the normal population. But when the researchers looked at gender differences, they found the rate was nearly 21 percent when women were the patients compared with about 3 percent when men got the life-threatening diagnosis. The researchers suggest men are less able to commit, on the spot, to being caregivers to a sick partner, while women are better at assuming such home and family responsibilities [LiveScience].

However, the study did find that the divorce rate was lower in longer marriages. Chamberlain notes that the study, which will be published in the journal Cancer, didn't have any information about how happy the marriages were to begin with.

“All these patients were couples when we met them, but we don’t know about pre-diagnosis marital conflicts that had been festering,” Dr. Chamberlain said. “But the striking part is with life threatening illness, how often women are abandoned compared to men. That does not speak very well of my gender” [The New York Times].

The researchers say that doctors may want to advise couples to seek family therapy after the woman receives a serious diagnoses, and note that the medical benefits of having a committed spouse are real and measurable.

Researchers also looked at the quality of life among the patients who separated or divorced. They found these patients used more anti-depressants, took part less in clinical trials, had more frequent hospitalizations, were less likely to complete radiation therapy and more likely not to die at home [Reuters].