Meet Your Lymphatic System: A Key Part of the Immune System

A brief guide to how your lymphatic system works and why it's important. 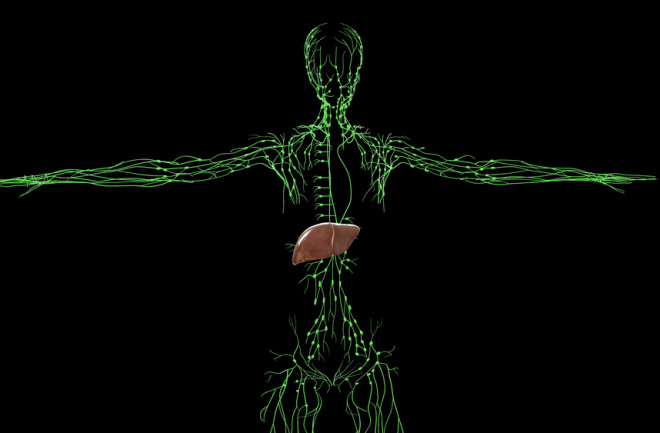 The lymph nodes were known in antiquity—you can see them without a microscope—and were first described in Peri Adenon (On Glands), the Hippocratic treatise that has been described as a “milestone” in the history of immunology.” But the rest of the lymphatic system was more inscrutable. It wasn’t until relatively recently that science really began to understand the lymph system. We are, in fact, still uncovering some of the secrets of this crucial part of our physiology.

On Guard Against Antigens

The word lymph comes from the Latin word lympha, which means water. Lympha was in turn derived from the Greek word nymph, those divine ladies who haunt forests and streams. This one inhabits your immune system.

While the image of a water nymph is a lovely one, the lymphatic system might be best thought of more prosaically as a complex drainage and purifying system. It is a network of tiny vessels, smaller even than capillaries, that transports lymph throughout the body. Lymph is made from fluid that seeps out of the capillaries and into the body’s tissues. This fluid nourishes those tissues with oxygen, proteins and other nutrients, but it also picks up a lot of not-so-beneficial material — waste, toxins, and bits and pieces of bacteria and viruses. Some of this is pulled into the vessels of the lymphatic system, where it is turned into lymph, a thin, whitish fluid that contains immune cells that fight off infection.

Strategically placed along this network of vessels are the lymph nodes, small bean-shaped clumps of tissue. David Weissmann, a pathologist at the Robert Wood Johnson Medical School, foregoes both mythological and engineering metaphors, and describes lymph nodes as a combination of burglar alarm and West Point. “Like a burglar alarm they are on guard against intrusive antigens. Like West Point, the nodes are in the business of training a militant elite: lymphoid cells that respond to the intruder by making antibodies and forming a corps of B and T-cells that will remember the intruder's imprint for years.” As the lymph passes through, the nodes filter out damaged cells, cancer cells, and other toxins and waste materials. They also scan any foreign material and create immune cells that can recognize and destroy these invaders. Lymph nodes are loaded with T cells, B cells, dendritic cells, and macrophages — all cells that are involved in identifying and mounting a response to infection.

Some lymph nodes are just under the skin in your armpits, groin and neck. When you get a lump in your neck when you have a throat infection, it’s because your lymph system is scuttling bits and pieces of the bacteria (or virus) that’s making you sick to the nearest lymph nodes, in this case, in your neck, where loads more white blood cells are generated to help wipe out the infection. There are hundreds of lymph nodes, though, and most of them are much deeper in the body, such as around the heart or the lungs and in the abdomen.

Until recently, it was thought that the lymphatic system did not reach as far as the brain. But in 2015 a team of researchers at the University of Virginia discovered in the central nervous system lymphatic vessels that drain cerebrospinal fluid into the cervical lymph nodes below. Knowing that the brain interacts with the immune system could open possibilities for new research into neurological diseases, including Alzheimer’s.

The tonsils, adenoids, spleen, and thymus are also part of the lymphatic system. All of these organs, in one way or another, filter out the waste and help kill dangerous bacteria and viruses. While the lymphatic system plays a big role in protecting us from cancer, it can also help spread it. Cancer cells that manage to survive that militant elite get a free ride on the lymphatic network to other parts of the body.

So while you’re going about your day, blissfully unaware of the drama unfolding inside your body, your lymphatic system is busily cleaning up after you, scanning for disease-causing microbes and creating immune cells to quickly dispatch them. She’s one busy water nymph.