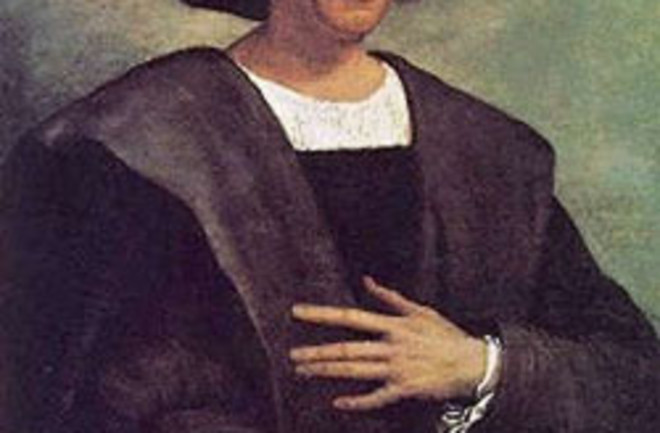 The lives of historical greats may be familiar, but their deaths are often enigmatic, chalked up to archaic complaints like “dropsy” or “pocks on the lungs.” Internist and infectious disease specialist Philip Mackowiak, a Master of the American College of Physicians, has spent years combing the historical record, seeking modern explanations for medical mysteries that are decades or even centuries old. He’s found that even extraordinary people are felled by ordinary diseases.

SYMPTOMS: The patient had spent his last year confined to bed, suffering from intense, crippling joint pain. He had enjoyed excellent health until the age of 41, at the end of his first voyage to the New World.The nature of his illness is only partially known but seems to have involved an intermittent, though relentlessly progressive, arthritis that initially affected his legs more than his arms or hands.

OFFICIAL CAUSE OF DEATH: “Gotte,” at the time the generic term for arthritis.

• On his second voyage to the New World, he became ill again, with fever, delirium, and impaired vision. An attack of gotte incapacitated him for more than five months. Yet another episode, during a disastrous third New World voyage, caused excruciating pain in the leg and four days of high fever, accompanied by a painful, bleeding inflammation of the eyes.

• Remains believed to be those of his brother demonstrated fusion of thefourth and fifth vertebrae of the lower back, which might have been dueto arthritis of the spine, and incomplete spina bifida. Identicalabnormalities have been detected in the remains of one of Columbus’ssons, suggesting an inherited trait.

• A recent account suggests that Columbus concealed his heritage as the scion of a prominent Catalan family. If true, he would have been nearly twice as likely to have a genetic predisposition to arthritis as if he had come from Genoa, as most believe.

Gout Early on, this arthritis is episodic and can include high fever. It affects joints of the lower extremities earlier than the hands or arms. However, gout most often attacks obese persons and those who drink alcohol; Columbus was “moderate, even modest” in eating and drinking. Acute attacks of gout typically last no longer than 10 days, not weeks to months. And gout doesn’t cause painful, bleeding eyes.

Scurvy was rampant in this age and sometimes caused hemorrhaging into the joints and eyes, producing symptoms similar to Columbus’s. However, he had none of its other classic features, nor did any member of his crew.

DIAGNOSIS: Reactive arthritis is most likely responsible for Columbus’s long agony and death. It develops as a consequence of an excessive immunological reaction to infection. The cardinal features of the disorder are inflammation of joints, inflammation of the outer membrane of the eyes and eyelids (conjunctivitis), and inflammation of the urethra (urethritis). Uveitis (inflammation of structures of the inner eye) can produce ocular complaints identical to those of Columbus. Vulnerability to such a form of arthritis has a genetic component—which may explain the fused vertebrae of the remains of his brother and son.

SYMPTOMS: According to a letter from Poe’s physician to his mother-in-law, the patient arrived in a delirium, with no apparent appreciation of how he happened to be in the hospital or where he had been during the previous days. His face was pale, his whole body drenched with perspiration. Shortly thereafter he seemed to doze, only to awaken in a delirium so violent that two nurses had great difficulty keeping him in bed. The patient continued calling out until 3 a.m. Sunday, when a decided change began to affect him. Enfeebled, he seemed to rest for a short time, then, gently moving his head, he said, “Lord help my poor Soul,” and expired.

OFFICIAL CAUSE OF DEATH: Congestion of the brain.

• Except for minor childhood illnesses, the patient’s health had been good until age 22. He exercised regularly.

• In adulthood, he was plagued by a succession of unspecified illnesses that seem to have been more the result of mental than physical disability. He is believed to have attempted suicide at least once.

• By his own admission and the statements of numerous friends and associates, he had a weakness for drink. During the first few months after his wife’s death in 1847, he experienced a complete mental collapse.

Rabies has much in common with Poe’s final illness. It is a viral encephalitis marked by acute onset of confusion, hallucinations, combativeness, muscle spasms, and seizures. The infection is virtually always fatal, with a median survival time after the onset of symptoms of four days. Poe died four days after being admitted. But no evidence of hydrophobia appears in his physician’s letter, nor is there any mention of excessive salivation or seizures.

DIAGNOSIS: No other hypothesis offers a better explanation for Poe’s chronic ill health and death than alcoholism. How much Poe drank and for how long can only be guessed. He was arrested at least once for drunkenness. By July of 1849, his handwriting was beginning to deteriorate, perhaps because of tremors. Delirium tremens, the most severe form of withdrawal, is dominated by confusion, agitated delusions and hallucinations and, occasionally, seizures. Mortality can be as high as 20 percent.

SYMPTOMS: In August of 1915, his personal physician wrote that Washington had “three severe attacks of kidney trouble—[was] also suffering from high blood pressure—extremely high.” In November, Washington was hospitalized at Rockefeller Hospital in New York City complaining of failing vision, headache, sleeplessness, fatigue, and loss of weight. He was diagnosed with kidney trouble and high blood pressure. The patient was completely worn out, with notable hardening of the arteries, said the hospital doctor. His records also show “a great many yellowish spots around the posterior pole of the eye.” His physicians gave him only a few days to live but did not treat his hypertension. He was released and died less than two weeks later in his own bed at the Tuskegee Institute.

OFFICIAL CAUSE OF DEATH: “Hardening of the arteries, following a nervous breakdown,” according to The New York Times obituary.

• Although the patient’s early years were hard to the extreme—he frequently lacked food, shelter, and clothing, and he and an older brother often ate what they could snatch from the kitchen fire—he seemed to weather them without detriment.

• Work was his obsession, and although he appeared indefatigable, in 1884, after three years at Tuskegee, he was so exhausted and ill that he had to delegate his authority temporarily and crawl into bed under a doctor’s care. He had a similar brief breakdown when he was 43.

The Rockefeller physician suggested that “racial characteristics” were responsible for Washington’s poor health. He may have been implying a history of syphilis, something that Washington’s personal physician strongly denied.

DIAGNOSIS:Malignant essential hypertension. Washington’s blood pressure was so high upon admission to Rockefeller Hospital—225/145 mm Hg—that today’s clinicians would treat it as an emergency, with high doses of medication. Untreated, a blood pressure of this magnitude is virtually always fatal. It destroys blood vessels throughout the body, especially those supplying the heart, brain, and kidneys. Washington’s records show evidence of left ventricular failure—fatigue and palpitations—as well as renal complications. His visual problems and headaches may have been caused by compromised blood flow to the brain and eyes. The other critical piece of information: a negative Wassermann test, which proves beyond all doubt that he was not infected with syphilis.

by Philip A. Mackowiak, M.D. (American College of Physicians, 2007). Available at www.acponline.org/postmortem.