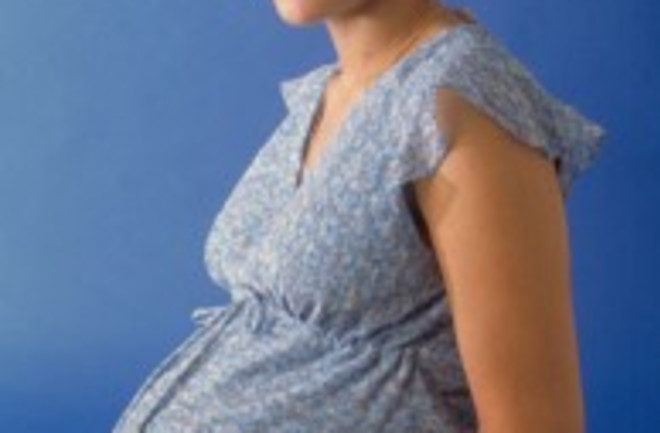 Credit: USDA A few years back I was rather fixated on issues of maternal fetal health. In particular I was worried about gestational diabetes in relation to my wife because I come from an ethnic group with an elevated risk for these sorts of problems, and the effect when you are in mixed-race marriages seems to be additive (i.e., unlike some risk factors associated with pregnancies the mother's ethnicity is not the only relevant variable). This is embedded in the broader suite of metabolic diseases which exhibit ethnic variation. Early work on genome-wide selection in humans yielded the result that there was a strong enrichment for signals of adaption within regions of the genome associated with metabolism, so this should not be that surprising. Humans are a geographically dispersed species that inhabits a wide range of environments, so natural selection would shape the distribution of phenotypes within populations if evolution is a significant historical process (it is). A paper in last month's Trends in Genetics highlights more precisely how natural selection would operate in a life history context in specific cases. Many ways to die, one way to arrive: how selection acts through pregnancy:

When considering selective forces shaping human evolution, the importance of pregnancy to fitness should not be underestimated. Although specific mortality factors may only impact upon a fraction of the population, birth is a funnel through which all individuals must pass. Human pregnancy places exceptional energetic, physical, and immunological demands on the mother to accommodate the needs of the fetus, making the woman more vulnerable during this time-period. Here, we examine how metabolic imbalances, infectious diseases, oxygen deficiency, and nutrient levels in pregnancy can exert selective pressures on women and their unborn offspring. Numerous candidate genes under selection are being revealed by next-generation sequencing, providing the opportunity to study further the relationship between selection and pregnancy. This relationship is important to consider to gain insight into recent human adaptations to unique diets and environments worldwide.

The logic is eminently simple if the abstract didn't make it clear. Adaptations which increase fitness early in life are much more beneficial in an evolutionary sense than adaptations which increase fitness late in life. What might seem like a late life adaptation, menopause, is actually generally interpreted as a means by which females can increase the fitness of their daughter's offspring. In other words, though the mechanism manifests late in life, the evolutionary target remains younger individuals.

Credit: Hamilton 1966 The figure to the left, from a 1966 paper by W. D. Hamilton, illustrates the change in reproductive value over a lifetime (the curves are based on Taiwanese data, and in this case assume a constant population). The peak is at ~20, and declines down to about zero around age 50. It is therefore no surprise that for women this latter period of life history is when the physiological changes which we label menopause occur, as females trade off their low direct reproductive value for increasing their own descendant's fitness indirectly through supplementing the resources of their daughters. In the Trends in Genetics paper the authors focus on gestational diabetes mellitus (GDM), preeclampsia (hypertension in pregnancy), neural tube defects, hypoxia, and various infectious diseases. When it comes to neural tube defects due to folate deficiency (and the inverse, vitamin D deficiency), the work seems an extension of Nina Jablonksi's model for the origin of variation in skin color. The altitude adaptation issue is probably the most straightforward case, as hypoxia would no doubt lead to higher fetal and maternal mortality. As for infectious diseases, as the authors note there is surprisingly little deep exploration of the effects of endemic illnesses such as influenza. This is an area where populations which have been subject to "mass society" and agriculture for thousands have years are likely very different in substantive ways from those which have been hunter gatherers. Gestational diabetes and preeclampsia are the diseases of particular interest to me. The broad outlines of the situation are evident in the table below:

The authors note that "insensitivity to salt in the diet is common in Japanese: women consuming the most salt (20.6 g/day) have no more hypertension than those consuming the least (8 g/day)...By comparison, the WHO recommends less than 5 g/day of salt consumption for adult." To me this seems like an important datum indeed considering how much debate there is in our society about the consumption levels of salt. If you are from a genetic background where risk for hypertension is reduced then you might be leaving a lot of utility on the table if you cut back on salt due to coarse guidelines that are blind to your own individual priors. In relation to the statistics on gestational diabetes the numbers are rather stark. From studies in British samples one can see that Bangladeshis in particular seem to have a greater likelihood of metabolic diseases than other South Asians. The question here is whether the cause is genetic in a direct and classic sense, or is the risk elevation a complex mix of epigenetics, environment, and conventional genetics. Let me give the authors the floor here:

By comparison, South Central Asians had a much higher incidence of GDM in the NYC cohort (14.3%), with Bangladeshis the highest at 21.2% [19]. Traditionally, Bangladeshis have had high consumption of fish, a low glycemic food; rice, of moderate glycemic index due to little processing; and no dairy 36 and 37. Finally, among African-Americans, the incidence of GDM was intermediate at 4.3%...This is consistent with their admixed ancestry and the mixed consumption of dairy across populations in West Africa, the origin of most US African-Americans.

First, I don't see much evidence in the data that African Americans have much ancestry derivable from those populations (e.g., Fulani) which consume milk. So I have no idea why this was introduced in the text (there are large data sets of African Americans out there). It seems straightforward that African American non-European ancestry derives from coastal agriculturalists across the broad swath of territory from Senegal down to the Yoruba land in Nigeria. Second, as suggested by Henry Harpending there needs to be more input from anthropologists who study food production before we infer that because South Asians have metabolic disease they must not have been as exposed to as much refined starch as Northern Europeans over evolutionary time scales. Agriculture did not arrive in Scandinavia until ~5,000 years ago, so it isn't as if one can presume that the whole ~10,000 years of Middle Eastern derived agriculture shaped the Northern European genome (unless Northern Europeans are mostly derived from those original Middle Easterners, which seems unlikely). Second, the widespread cultivation of much of Bengal was relatively recent (last ~3,000 years), but the genetics makes it clear that most of change was not due to adoption of agriculture by hunter-gatherers, but the migration of farmers from the west (some of the genetics though implies a non-trivial admixture from eastern populations; but these were the ones who brought rice). Obligate hunter-gatherers in any case were likely not present in South Asia by this time, as opposed to slash and burn populations which also practiced horticulture. It is the fact that South Asians tend to have higher rates of diabetes than African Americans, which suggests to me that it isn't a simple story of agricultural adoption and extent of grain processing (West African agriculture tends to be lower in intensity, and likely more diversified in diet and nutrient content, than South Asian grain societies). If one wants to adhere to a standard genetic narrative then perhaps metabolic disease is a more confounding side effect, with no straightforward relation to food production. Or, it may be time to look at environmental co-variates. Unlike East Asian cuisine the South Asian culinary tradition does allow for rather rich sweets. In pre-modern times these would be rare treats, but today consumption levels are much higher. Because of my awareness of metabolic disease in South Asians I'm rather scolding when I see co-ethnic loading up on treats with refined sugars (South Asians tend toward more obesity than East Asians in any survey I've seen in the West or developed non-Western societies such as Singapore). Ultimately I am profoundly skeptical of the idea that South Asians cluster with hunter-gatherers (e.g., Australian Aboriginals have similar problems) because of late adoption of agriculture or diversified diet with lack of processing (milling). Related:Carl Zimmer has also talked about this paper. Excellent as usual.