Malaysian Scientists Hope Sterilized Mosquitoes Will Wipe Themselves Out 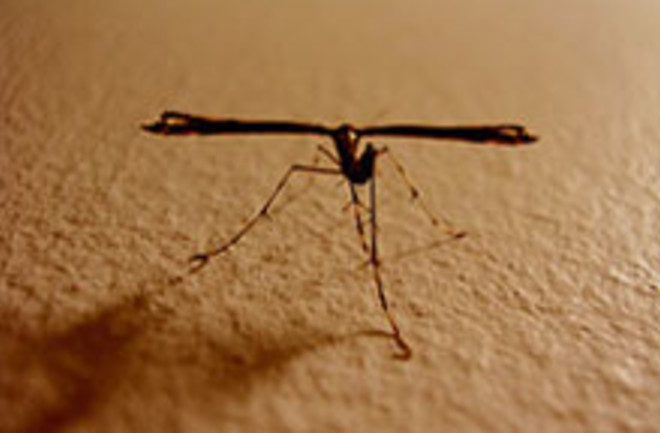 The best way to confront a mosquito problem might be to release millions more mosquitoes -- if the new batch of bugs harbors a Trojan Horse to kill future generations. The mosquitoes in question are prolific carriers of the virus causing dengue fever, which afflicts about 50 million people per year. Malaysia saw more then 30,000 cases and 67 deaths from dengue in 2007, according to the Hong Kong government's Travel Health Service. So Malaysian scientists collaborated with researchers based in the U.K. to develop a new plan to obliterate the mosquito population. The British-based team, led by Oxford University scientists Hoang Kim Phuc and Morten Andreasen, genetically modified a group of males so that their offspring would die in the larval stage. The scientists kept the larvae alive in the lab by giving them a drug called tetracycline, which allowed the team to create a whole swarm of engineered mosquitoes ready to integrate with the wild population and father a generation of doomed children. Scientists have waged war through sterilization against other pests, including the California medfly, but thus far all sterilization has been achieved through radiation. But the scientists in this study said that the radiation technique was ineffective -- apparently lady mosquitoes could pick out irradiated males and don't find them as attractive as the normal males -- so they explored the genetic engineering option. Some Malaysian environmentalists, like Gurmit Singh of the Centre for Environment, Technology and Development, are on edge, wondering whether the implanted genetic defect could mutate and spread in the environment. Phuc and his team say it won't, because the modified mosquitoes will die long before they are able to reproduce. Experts expect that by June the Malaysian Academy of Sciences will recommend the plan to the government, which, if approved, will lead to several years of trials. If the modified mosquitoes get the go-ahead, then scientists will have to choose a lucky location to release a deluge of new bugs.