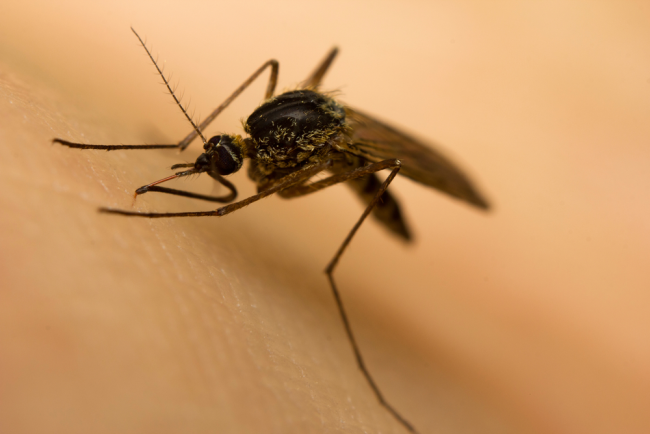 At the moment there's no vaccine for malaria. The best prevention remains bed nets and prophylactic anti-malarial drugs. But a lasting prevention, in the form of a vaccine, would be infinitely better. To that end, researchers in Maryland have come up with the first intravenous vaccine for the disease and early clinical trials show it can prevent malaria in 80 percent of human patients. Malaria is caused by a parasite called Plasmodium falciparum. When an infected mosquito bites a human, it injects immature parasites called sporozoites into the bloodstream. These cells circulate to the liver where they mature into full-fledged Plasmodium falciparum. From there the dangers of the disease begin to emerge.

Researchers have previously figured out how to expose the sporozoites to radiation that halts their ability to mature without actually killing them. Because these cells can never actually cause malaria, they would theoretically work as a vaccine. Exposed to these cells, the human body creates antibodies and T cells to fight off the immature parasite cells and prevent future infections. But for the past 40 years, the only way to inject these irradiated sporozoities was through mosquitoes. That's right---researchers

would intentionally expose patients to a thousand of these irradiated sporozoite-carrying mosquitoes, allowing the immature cells to enter the human host and trigger an immune response without developing into the disease. Although effective, this option is obviously impractical, not to mention unpleasant. Plan B was to inject the impotent sporozoites under the skin or into the muscle tissue---the way the majority of existing vaccines are administered. The trouble with this method was that it didn't work very well. Because the sporozoites didn't enter the blood directly, they didn't illicit much of an immune response and thus provided only minimal protection against malaria. 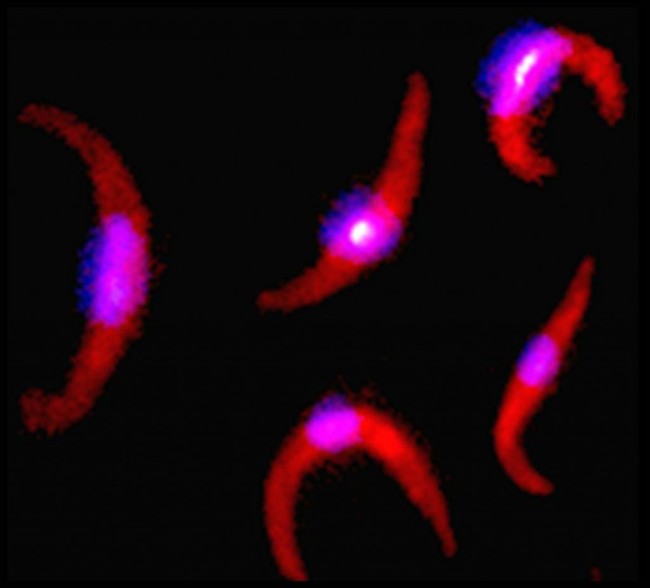 Immunogens of the PfSPZ Vaccine, which contains whole Plasmodium falciparum sporozoites. Image credit: Stephen Hoffman/Sanaria Inc. In this study, researchers decided to inject the vaccine intravenously, sending it directly into the bloodstream. They gave 15 patients either four or five doses of the vaccine over the course of a year. Then the researchers gave a controlled human malaria infection to the vaccinated patients and to a group of unvaccinated patients. Of the non-vaccinated patients, 83 percent got malaria. Only 33 percent of the 4-dose patients developed the disease and not a single one of the patients who had five doses ended up with malaria.The greater the number of vaccines, the greater the amount of Plasmodium-specific antibodies and immune-boosting T cells in the patient's bloodstream. Such protection was as good as results from mosquito-delivered vaccines, say the researchers in a paper

in Nature today. Further studies will show how long this protection will last. Researchers aren't sure if this particular vaccine will prevent all strains of the Plasmodium falciparum parasite, and having to take five intravenous vaccines is not practical for large-scale use at this point. Still, the effective protection demonstrated in this study is a promising first step toward developing a more realistic anti-malarial vaccine that doesn't require hundreds of mosquito bites. Top image credit: claffra/Shutterstock