Severe belly pain lands a young woman in the hospital not once but three times — yet abdominal scans find nothing. 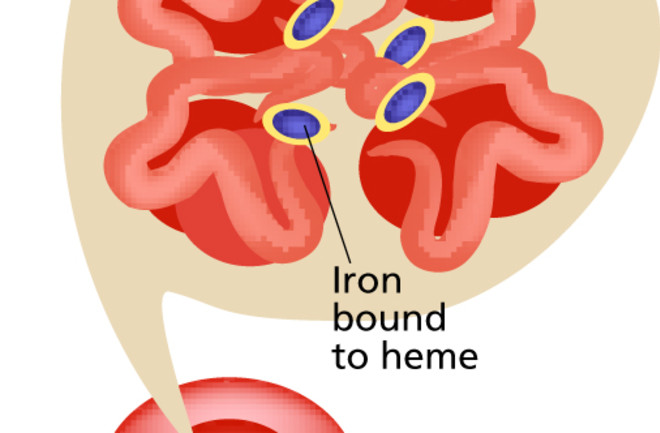 Jackie, our seen-it-all triage nurse, gave me the look.

A wave of moaning, a basso profundo, found my body’s frequency and set it vibrating. The source, a 28-year-old woman, lay on the ambulance gurney, clutching her belly. The rumble filled the space around her. The husband, gamely standing by her side, quickly answered the registrar’s questions.

Jackie filled me in.

The patient had landed in our hospital the day before in extreme pain, and here she was again. Uppermost in my mind was that 15,000 Americans died last year from narcotic overdoses — most originally hooked by a doctor’s prescription.

Ten minutes later, I stood at the foot of her bed and asked, somewhat inanely, “Where does it hurt?”

Her hands still cupped gingerly over her abdomen, my patient kept moaning.

“You had several doses of Dilaudid last night, no?” I asked.

“It helped for a while,” the husband said. “But today it came back hard. Our family doctor did an internal exam and thinks there may be an appendicitis the scan missed.”

The eyes swayed me. Her lids were half-closed, her gaze remote, as if the outside world lay far beyond the horizon of her pain.

“Oooooh,” she rumbled, dropping an octave.

We were the third hospital she had visited in the three weeks since the pain started.

I noticed the scar on the right side of her neck. “That’s where they inserted the central venous line,” the husband explained. “At the first hospital, to give her concentrated saline solution.”

“That’s unusual,” I said, not quite believing him.

“Did they make a diagnosis?” I asked. Healthy young women don’t see a drop in their blood sodium levels for no reason.

“They weren’t sure. But they got it back up.”

“We’ll start some pain medication right now,” I said, wrapping up my exam. Her abdomen was tender everywhere.

Dilaudid — hydromorphone — is 10 times more potent than morphine, and the top pick among drug-seekers. But it’s what she needed. We were the third hospital she had visited in the three weeks since the pain started.

I perused the records our ER had gathered the day before. At that first hospital, her sodium level had been critically low, and they kept her a full week; the husband was spot on. After a slew of other tests, they discharged her with oxycodone, a potent oral narcotic. The pain’s origin remained mysterious. Five days later, it surged back. At hospital No. 2, the sodium was also low. During an equally fruitless work-up, more salt and Dilaudid was pumped in. They released her — diagnosis still unknown — three days later.

And then she came to us.

My colleague Louis, compact and engineer-precise, sat down next to me.

“I saw her yesterday,” he said.

“You think she’s drug-seeking?” I asked, although my own gut feeling at this point said no.

“The abdominal scan was negative, so we went with functional pain. Lots of people have abdominal pain we never explain. I’m guessing there’s more, though,” Louis said evenly.

“Their doc saw her today and sent her back,” I told him.

An hour later, her lab results came up. Overnight, her sodium had tanked from borderline-low to very abnormal.

Louis glanced at the screen.

“Why not?” I smiled, thinking an answer of “unicorn” was about as likely.

He pulled up the page. We read together. “Abdominal pain is the most common symptom. Associated findings include hyponatremia [low sodium].”

“Neither did I,” Louis admitted.

“Porphyria?” I said, incredulous. “But it’s inherited. You got the family history yesterday, right?”

“Twice. Me and the surgery consult. An aunt had brain cancer. That’s all.”

Hemoglobin, the oxygen-carrying essence of blood, is a shape-shifting agglomeration of four heme molecules and four proteins (globins). Heme holds the iron that binds oxygen, which, in turn, colors it scarlet.

To make heme, eight enzymes work along a molecular conveyor belt. It’s a tightly coupled process, and problems can arise if any enzyme malfunctions or gets overwhelmed. Then, partially processed molecules can back up at that enzyme’s station like Model Ts waiting for their wheels. Worse, the absence of finished product at the far end can rev up enzymes at the front to crank out even more half-finished components.

Porphyria is the family name for diseases of faulty heme production. Damage any of the eight enzymes, and you get a different type of porphyria. The flaw usually lies in a mutated gene for one of the two copies of the enzyme — which reduces, but does not cancel, overall production of heme. Derived from the Greek word for purple, the term porphyria stems from the red or brown color that patients’ urine can turn during an acute attack.

Unfortunately, those unfinished heme precursors are toxic, especially to nerve cells. Four of the porphyrias are classified as acute. They attack nerves throughout the body in muscle, skin, brain, intestines and even the heart. The remaining porphyrias are mainly dermatologic, causing rashes.

Acute intermittent porphyria (AIP), the most common acute porphyria, affects 1 in 20,000 people. It stems from a defect in the conveyor belt’s third enzyme. Although abdominal pain is its hallmark, it can also provoke anything from psychosis to rapid pulse to anxiety to muscle weakness to chest pain to constipation. The mutation may not cause disease in every carrier, leading to “skips” in the family history. With one good gene and one bad, a functional-enough No. 3 enzyme can handle its share on the conveyor belt until a stressor hits, or related enzyme systems overload. Triggers of acute attacks include carbohydrate starvation (which kick-starts the first enzyme on the conveyor belt), as well as alcohol, stress and dozens of drugs. Intriguingly, the Atkins diet — all protein, no carbs — caused a raft of new AIP cases.

The “intermittent” of AIP doesn’t begin to describe it. The scattershot symptoms are confusing enough, but the syndrome’s timing is downright ridiculous. A patient’s first attack may not hit until well into his or her 30s. The next may not come for years. Worse, the episodes may not even resemble each other: Last year’s anxiety attack and fast heartbeat might share nothing with this year’s abdominal pain and low sodium. Hyponatremia is thought to stem from toxic effects on the hypothalamus, the central area of the brain that regulates water and salt excretion.

“Are you sure no one in your family had an illness, odd attacks, that came and went?”

Through her fog of pain, our patient perked up. “Oh. My mother. When she was a teenager, something attacked her nerves and blood vessels.”

“Where’s your mother-in-law?” I asked the husband.

“Call her,” I urged. “Ask if she’s heard the term porphyria.”

A few minutes later, he came running over.

Louis ordered the diagnostic test: urinary porphobilinogen (PBG). The result would take a day or two. The definitive treatment for three of the four acute porphyrias is intravenous hemin — the assembly line’s end product — to shut down runaway production. For starters, we admitted the patient to the intensive care unit to treat the low sodium. The strongly positive PBG came back the next day. She received glucose and a full course of hemin. Complete recovery took a slogging 10 days.

I called the ER directors at hospitals 1 and 2 with the diagnosis. Great teaching case, I told them, but wrapped inside that statement was the question: How do you pass up a clue like that ultra-low sodium level?

In the end, what most puzzled me was, if the mom knew, and the daughter sort of knew, why hadn’t the porphyria clue popped right up? Maybe, Sherlock, it’s how you ask the question.