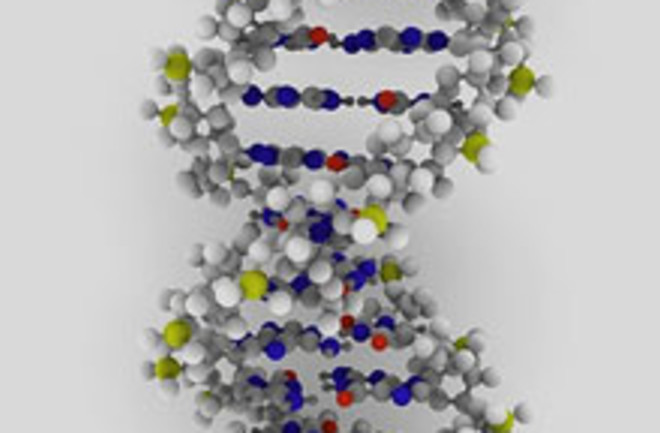 Almost 50 years after they won the Nobel Prize for defining the structure of DNA, Maurice Wilkins, James Watson, and Francis Crick are in the news again. Nine boxes of "lost" correspondence (from the days before email!) between two competing groups of researchers have been unearthed. The letters, between Wilkins and Rosalind Franklin of King's College and Watson and Crick at Cambridge University, provide insight into the researchers' mindsets while they were making these historic, game-changing discoveries.

"The [letters] give us much more flavor and examples illuminating the characters and the relations between them," said study researcher Alexander Gann, editorial director at Cold Spring Harbor Laboratory Press in New York. "They're consistent with what we already believed, but they add important details." [MSNBC.com]

on the new material in the September 30 issue of Nature. The letters highlight the different mentalities between the two groups as they approached the project: an attitude of spirited excitement on the side of the Cambridge clan, and an air of anxiety from Wilkins.

"We are really between forces that may grind all of us to pieces," the physicist Maurice Wilkins wrote after a disastrous attempt by Crick and his colleague James D. Watson to build a model of DNA based in part on data gathered by Rosalind Franklin. [The New York Times]

The use of Franklin's data in the failed model, which had a triple helix, got Watson and Crick thrown off the DNA project, but in the letters Crick doesn't seem too bothered by that turn of events.

"So cheer up and take it from us that even if we kicked you in the pants it was between friends," Crick wrote [to Wilkins] in December 1951. "We hope our burglary will at least produce a united front in your group!" [The New York Times]

. The letters also help to illuminate the significant role played by Franklin in the discovery, and the discord between her and the rest of the group. The ground-breaking paper, published in 1953, held only vague references to her contributions (which included the crystallography and x-ray from which Watson and Crick's double helix idea arose).

Just before Dr Franklin was to leave King's College, Dr Wilkins wrote to the Cambridge scientists that "the smoke of witchcraft will soon be getting out of our eyes". Explaining the situation to BBC News, Nature's commissioning editor Sara Abdullah said it added to "the canon of awful things said about [Dr Franklin]. I think 'sexist' is what we are groping around for." [BBC News]