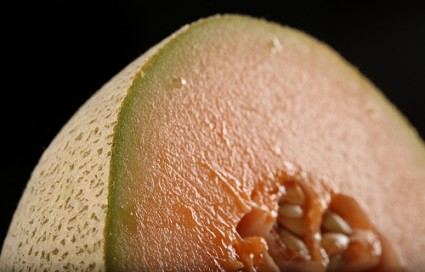 The Centers for Disease Control and Prevention says at least 13 people have died as a result of a listeria outbreak linked to Colorado cantaloupes, making it the deadliest American case of food-borne illness in more than a decade, according to the Associated Press. The death toll could soon reach 16, health officials say, as investigators look into additional deaths in New Mexico, Kansas, and Wyoming. The CDC announced yesterday that 72 people in 18 states had been infected by several strains of

The bacterium has been traced to "Rocky Ford Cantaloupes" grown by Jensen Farms in Granada, Colo. The specific source of the outbreak has not yet been identified, but the bacterium is widespread in soil and animal waste and is quite hardy, capable of growing even in refrigerated conditions. Listeria kills about 25 percent of those infected [PDF], making it the deadliest common food-borne illness—E. coli, second in this category, only kills less than one percent of those effected. That said, healthy adults are unlikely to become ill; listeria primarily affects people with compromised immune systems, the elderly, pregnant moms, and their unborn babies. If you are in one of these categories, it's probably best to avoid muskmelon for a little while. Listeria has a long incubation period, sometimes up to four weeks, so expect the death toll to rise (since the recall was only issued two weeks ago).