Listen up, fellas: science can give you a leg up with the ladies. 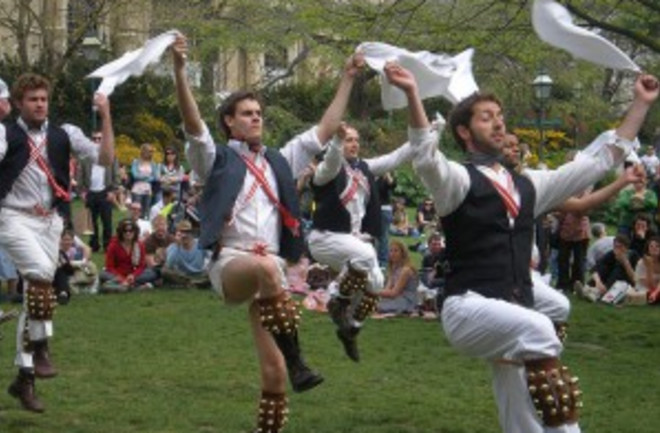 Photo: flickr/stephaniewatsonv  Want to attract the ladies with your dance moves the next time you're at a club? Apparently, it's all about the right knee. In this study, researchers used motion-capture technology to film men dancing. They then converted the movements to dancing avatars, which they asked women to rate for dance quality. They found that women's perceptions of "good" and "bad" male dancers depended primarily on movements of the neck, trunk, and right knee. More specifically, "A ‘good’ dancer... displays larger and more variable movements in relation to bending and twisting movements of their head/neck and torso, and faster bending and twisting movements of their right knee." Why the right knee, you ask? According to the authors, 80% of the population is "right-footed", so the preference is to be expected. (Sorry, lefties!) Be sure to check out the Supplemental Videos from the paper (below) for specific examples on "good" and "bad" dancing.Male dance moves that catch a woman's eye. "Male movements serve as courtship signals in many animal species, and may honestly reflect the genotypic and/or phenotypic quality of the individual. Attractive human dance moves, particularly those of males, have been reported to show associations with measures of physical strength, prenatal androgenization and symmetry. Here we use advanced three-dimensional motion-capture technology to identify possible biomechanical differences between women's perceptions of 'good' and 'bad' male dancers. Nineteen males were recorded using the 'Vicon' motion-capture system while dancing to a basic rhythm; controlled stimuli in the form of avatars were then created in the form of 15 s video clips, and rated by 39 females for dance quality. Initial analyses showed that 11 movement variables were significantly positively correlated with perceived dance quality. Linear regression subsequently revealed that three movement measures were key predictors of dance quality; these were variability and amplitude of movements of the neck and trunk, and speed of movements of the right knee. In summary, we have identified specific movements within men's dance that influence women's perceptions of dancing ability. We suggest that such movements may form honest signals of male quality in terms of health, vigour or strength, though this remains to be confirmed." Bonus videos from the supplement: