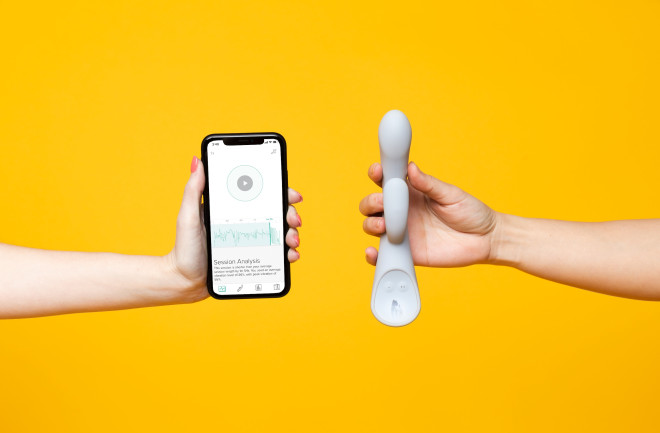 There’s something strange about the female orgasm, something that scientists have been unable to explain. Biological functions are normally discussed in terms of evolutionary pressure, or reproductive advantage. If a biological trait improves your chances of having more offspring, then it’s more likely to stick around in your species. The male orgasm makes perfect sense — ejaculate contains the genetic material that’s necessary for making babies. But the female orgasm has been harder to nail down. Fertilization doesn’t depend on it, and “fun” isn’t exactly in the pantheon of evolutionary explanations.

Researchers that study how the female orgasm relates to reproductive success have two main options — either ask people invasive questions about their most personal moments, or to find a way to stick probes in or on them during said moments. Neither of these approaches have resulted in the kind of “wet lab” research that’s the gold standard for biological understanding.

What we do know, despite widespread cultural discomfort with talking openly about sex and pleasure, is that there appears to be significant sexual dysfunction in American society. Back in 2014, researchers from the Kinsey Institute, the preeminent U.S. academy for the study of sex and relationships, said as much. In a survey of nearly 3,000 people, they found that men, straight or gay, orgasmed 85 percent of the time during consensual sexual encounters. Lesbian women orgasmed less often, 75 percent of the time, while straight women fared worst with just a 60 percent chance of orgasm. Other studies have shown that something like 10-15 percent of women experience lifelong anorgasmia, meaning they’ve never experienced orgasm. A further 40 percent of women report some kind of inability to reach orgasm in the past year.

The orgasm gap is hard to explain. Some think that it comes down to straight men’s finesse, or lack thereof, citing the difference between straight and lesbian satisfaction. Indeed, it makes sense that knowing your way around the territory would help. But for many couples this isn’t a helpful revelation, since the emotional maturity necessary to teach sexual dexterity is often out of reach.

Luckily, we live in an era of Silicon Valley disruption, which has even started lapping at the shores of sex research. Technologist Liz Klinger is at the forefront of this transition. She and her team have built a platform that lets people become citizen scientists of sex —without ever having to get out from between the sheets.

The “test device was this whole mess of wires, with a hard connection. We had to physically send it to our beta testers, who used it and sent it back,” recalls Klinger. The researchers would download the data collected by the toy’s four sensors — temperature, motion, acceleration and pressure — and compile it into a chart that represented arousal and orgasm, as told through the story of pelvic-floor muscle contractions.

It was an immediate success for sex partners who needed ways to talk about pleasure in a more objective way. Klinger recalled that when she got the first beta-test couple on the phone, “the wife was like ‘holy crap, we finally were able to talk about these things that I’ve had a lot of trouble talking about.’ It turned out that she wanted more foreplay, and he didn’t know quite that that meant. He’d spend more time, but it just didn’t match up, you know?”

With the company’s signature offering in hand — a chart of sexual arousal over time — Klinger found that couples could have a conversation “without the subtext of ‘oh, you’re not good enough, or I don’t like you enough,’ on the husband’s part and ‘I’m so tired of talking about this’ on the wife’s part,” she says. The chart “can change people’s perceptions of their own experiences, and how they talk about them with others.”

Doing the Deed — For Science

This spring, the company has launched a research platform dubbed Lioness 2.0 — a new optional service that, unsurprisingly, their data-obsessed users have greeted with open arms. Now, instead of simply using the toy to understand themselves better, Lioness owners can opt in to the kinds of hands-on studies that are necessary for a deeper understanding of sex and pleasure. So far, the company is working with Nigeria’s Society for Family Health to study how pleasure changes with menopause across age, race and orientation, as well as with the U.S.’s Center for Genital Health and Education to explore the role of pelvic floor muscles in orgasm.

Pani Farvid, a professor of applied psychology at The New School in New York City, has some reservations about the platform. “I really like what they’re trying to do, but there could be more added to make it a bit more comprehensive. My concern is that there's a misconception that sex is just about the orgasm, that it’s just physiological and that pleasure just has to do with the genitals.” From where she’s sitting, “that’s a very mechanical view of sexuality.”

If the Lioness is helping to equalize the orgasm gap, or helping people understand their bodies better, “I think that's great,” says Farvid. “But as a critical sexologist, I'm interested in delving deeper into what these practices mean.” If sex is hyper-focused on orgasm, to exclusion of everything else, she cautions that these norms “have real-life negative impacts on people's sex lives and their sense of themselves.”

At this point, knee-deep in an era of data collection that was once the sole purview of white-coat-wearing scientists, it’s old news that we need to be careful with what our technology is doing to us. No tool can serve as a cure-all, even if it comes loaded with a neat app and some space-age sensors. What it can offer, though, is the opportunity to start a conversation, and the chance to take a long, honest look at something about yourself — whether it’s the number of steps you take every day, or the way you want to be touched.