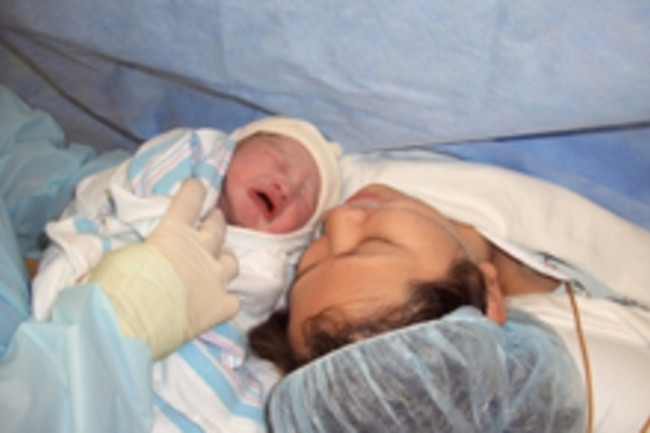 It's no secret that waiting to reproduce can be a serious economic boon for women. We even have hard evidence, with University of Virginia economist Amalia Miller's study showing that each year a woman delays having children increases her career earnings by 10 percent. But the cultural rise of delayed childbirth also has serious costs, both for the health of the mother and child, and for the health-care system. A paper published this week by researchers at Cambridge University found that the recent and substantial rise in babies delivered by Caesarean section is linked to the major increase in the number of older mothers. After examining more than 500,000 entries in the Scottish Morbidity Record between 1980 and 2005, the authors found the following:

The proportion of women aged 35-39 entering their first pregnancy increased seven-fold, whilst there was a ten-fold increase for women aged 40 or older. At the same time, the Caesarean rate more than doubled. The team estimate that 38% of these additional procedures would have been avoided if the maternal age distribution had remained static.

The trend is mirrored in other developing countries as well. The U.S., for example, has gone from a 4.5 percent

While plenty have speculated about the reasons for the rise, the Cambridge team decided to test whether it had a biological cause. They studied

samples of the myometrium, muscle from the middle of the uterine wall, from 62 women who were having elective Caesareans and found that "advancing age was associated with impaired uterine function, in particular a reduced degree of spontaneous contraction and change in the type of contraction." In other words, the older you are, the harder it is to have natural labor. Which is what it is, given the power of economic forces pushing women to delay starting a family as long as possible. Though it's worth weighing those economic forces against other factors, such as the health-care costs of

Caesareans (double that of vaginal births) and the

medical risks including infections, hemorrhage, and anesthesia and psychological complications, not to mention a mortality rate that's two to four times greater than that of a vaginal birth—and that's not even counting the risks to babies. Image: iStock