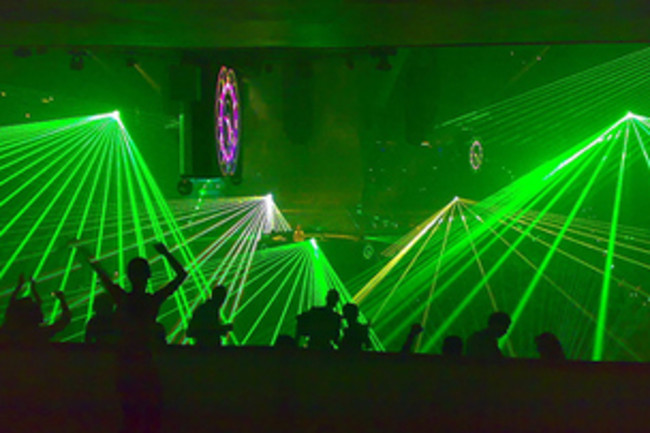 If you were a particularly mischievous youngster, you might have gotten a lecture about the dangers of aiming a laser pointer at someone's eye. But those low-power classroom aids are practically nothing compared the damage one could cause with an industrial-sized laser. About 30 Russians went to the hospital after suffering partial vision loss from a laser show gone wrong. Heavy rains forced organizers to hold the July 5 Aquamarine Open Air Festival, an all-night dance party, under huge tents. The lasers that normally shine harmlessly into the sky were instead refracted into the crowd. Russians officials are sure how it happened, whether the light bounced off the rain or the tent, but the beams gave some of the party-goers' instant and irreversible retinal burns. Another part of the problem, Russian laser expert Valentin Vasiliev told Reuters, was that the laser at Open Air was far too powerful to be used indoors. However, if you're going to a rave, or the Pink Floyd laser show, you're probably in no danger, since the operators are using less powerful beams indoors. But just to be safe, don't stare into them, either. Image: flickr/Marcus Vegas