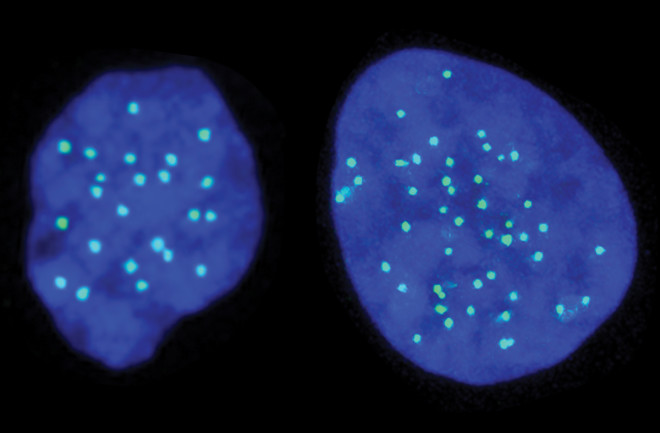 Sexual reproduction provides a kind of health insurance, protecting offspring from mutant genes thanks to DNA copies from each parent. Duplicate DNA can act as a healthy backup to offset those mutant genes — and that’s a drawback for studying diseases in the lab.

Removing that backup could give researchers a clearer picture of how genes can lead to, or protect against, disease. And so they have long sought haploid embryonic stem cells, which can become any kind of tissue but contain just one set of genes, like a sperm or egg. This year, a team led by the Hebrew University of Jerusalem finally produced haploid human embryonic stem cells by forcing unfertilized egg cells to divide.

By rapidly screening many of them, the researchers could isolate cells that stayed haploid after division — about 1 in 1,000. The team is now assembling a mutant haploid cell “library” in which specific mutations are always expressed because there’s only one copy of each gene.

These mutants will initially be used for cancer research, determining which genetic mutations cause tumors to form and investigating therapies for people whose genetic backup plan failed them.