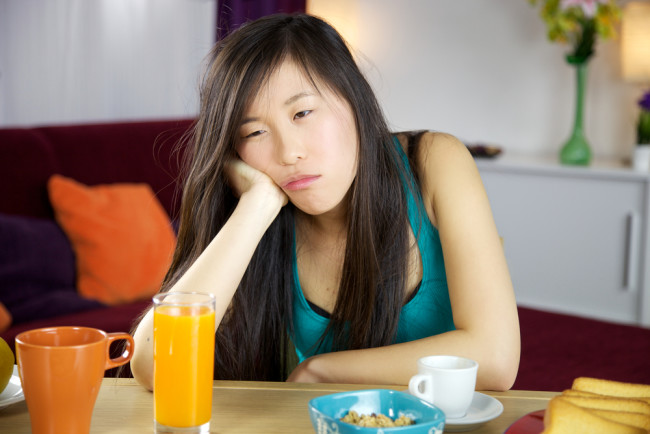 Ever stumble off an all-night flight and wonder whether you should be eating breakfast or dinner? Your biological clock may be highly adaptable, but when it’s thrown off-balance, nothing else feels quite right. Our bodies’ circadian clocks – which regulate our hunger, tiredness, digestion and dozens of other biological processes in response to the time of day – are kept in balance by a delicate dance of hundreds of chemicals; each of them influenced by a specific type of environmental factor. And now, a new study suggests that we may be able to set our biological clocks back or forward – a kind of self-induced daylight savings time – depending on what we eat.

Much research has been done on how light affects our circadian clocks – leading to everything from specialized lamps to apps that purport to minimize jet lag. But much less is known about how our diet affects our internal clock. To study this question, Makoto Akashi of Japan’s Yamaguchi University gathered a sample group of mice, and started the animals on a normal nighttime feeding schedule, in which they could eat freely from 9 p.m. until 9 a.m. the next morning. Their light schedule replicated normal daylight. At regular intervals around the clock, the researchers monitored mice’s levels of a dietary hormone known as PER2. Previous studies have found that PER2 is a central component in the complex hormonal system that regulates our rhythms of sleep and wakefulness – and that differences in PER2 levels may even determine whether a person is a “morning person” or a “night owl.” On the nighttime schedule, mice’s PER2 followed its usual cycle: peaking in the middle of the night. But then the researchers switched up the schedule: food was available from 9 a.m. until 3 p.m., a complete inversion of the prior schedule, and the lights were off all the time. If food had no effect, it would be expected that the animals’ circadian rhythms might drift, like humans’ rhythms do when they’re cut off from environmental time cues. Instead the result was much more dramatic: Each animal’s daily cycles of PER2 inverted within days, and the mice’s sleep/wake cycles followed suit.

Since previous studies had indicated that the dietary hormone insulin helps regulate levels of PER2, the researchers next set out to test just how strong insulin’s influence was. They did this by injecting mice with a chemical known as S961, which specifically blocks the activity of insulin. When those mice were transitioned from a nighttime feeding schedule to a daytime one, their bodies took twice as long to respond to the change than the bodies of mice whose insulin remained uninhibited. The results are reported in the journal Cell Reports. In short, insulin seems to help our stomach’s clock rapidly sync up with mealtimes – which helps our bodies’ entire circadian clock sync up with our daily sleep/wake cycle.

These findings raise some interesting ideas about how all of us might be able to adjust our biological clocks with a little strategic eating. For example, we could possibly shift our biological clocks into the sleep stage by eating foods that promote insulin secretion – like carbohydrate-rich pasta – with dinner; or keep our bodies in their current stage of wakefulness by adding foods like natural fats and proteins, which limit insulin secretion, to breakfast. Based on this newfound info, the researchers hope to discover new treatments for circadian disorders, in which the body’s biological clock has trouble synchronizing with the environment, and to develop specialized dietary programs for circadian-disorder patients with diabetes, whose body chemistry responds differently to insulin. So next time you’re worried about feeling jet-lagged, put a little thought into the airport snacks you grab. A little insulin adjustment now could mean a much more well-rested arrival.