Is Your Birth Control Making You Gain Weight?

The fear of packing on extra pounds is a common concern for women debating the use of hormonal contraceptives. Is birth control really a culprit of weight gain? 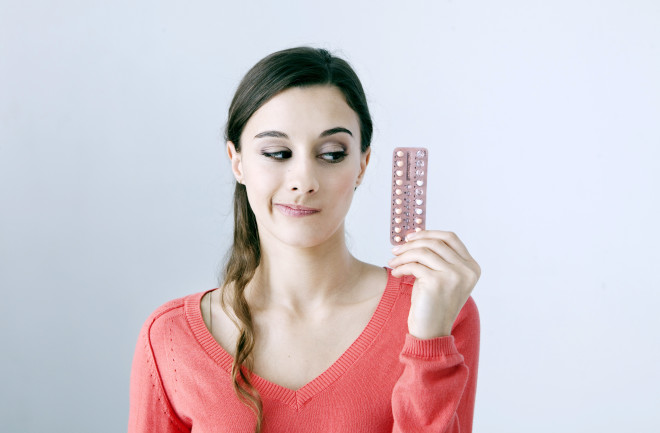 Let’s talk birth control.  With perfect use, most forms of hormonal contraception are 99 percent effective at preventing pregnancy. It’s no wonder, then, that hormonal birth control pills, implants and intrauterine devices (IUDs) are among the most popular contraceptives used by women today.

But despite their widespread use, many women are concerned about the side effects of birth control such as headaches, nausea and changes to their period. But its weight gain that typically tops the list of worries. The fear of packing on extra pounds is enough to steer many women away from hormonal contraceptives. Or women might abruptly stop taking them if they perceive that the scale’s number creeps upward, which raises the chances of an unplanned pregnancy if other measures aren’t used.

Is this all just a misconception, or does the idea that birth control causes weight gain hold any truth? The answer may be more complex than a simple yes or no.

The type of hormones and their concentrations in your birth control can play a huge role in the side effects you might experience. Hormonal birth control comes in six different delivery systems — the pill, the patch and ring, hormonal IUD, the shot and the implant. Each method contains different amounts of the hormone progestin, which inhibits ovulation, or a combination of progestin and estrogen, which regulates the menstrual cycle. These synthetic hormones are identical to the ones made by our body's pituitary gland. Oral contraceptives, also known as “the pill,” often get blamed for causing weight gain. This popular form of birth control has existed for decades. When birth control pills first became available in the early 1960s, they had extremely high levels of the hormones estrogen and progestin, linked with increases in appetite and fluid retention. Today’s oral contraceptives have much lower doses of these hormones. After several decades of research, studies indicate that modern birth control pills are unlikely to drastically affect the weight of its users. Likewise, researchers haven’t turned up evidence that the vaginal ring or patch affected body weight.

When it comes to IUDs, which are long-acting contraceptives that are inserted into the uterus, their impact on weight is less clear. This method has been a difficult area to study as a large group of IUD users would need to be compared to a group that is given a placebo IUD over a period of time.  Since the placebo device would not contain any hormones, this tends to make recruiting participants a challenge because it opens up the potential for an unplanned pregnancy. Non-hormonal or copper IUDs, which release copper in place of hormones into the uterus and block sperm from fertilizing the egg, haven’t been shown to cause weight gain. However, the same cannot be said for IUD versions that do contain hormones where weight gain is likely in about 5 percent of women who use it.

Contraceptive implants and shots that only contain the hormone progestin have been associated with small gains in weight. The birth control implant is a thin plastic rod containing progestin that is inserted into your upper arm. Research has shown an average gain of 3 pounds or less, but there’s no clear indication that these extra pounds are a direct effect of the implant.

The shot remains the only birth control method with a clear connection to weight gain. Progestin-only injectable contraceptive methods like Depo-Provera are the most common in the U.S. It's popular among women who don’t want to take a daily pill, but also don’t want to commit to having a procedure to insert a long-acting contraceptive.

Versions of the shot that contain hormones similar to the ones found in the pill, patch and ring are not associated with weight gain. However, combined shot methods are more common in Asia, Latin America and Africa.

All in Our Heads?

Despite countless studies on the topic, no clear evidence of weight gain from hormonal birth control has been found — except for the Depo-Provera shot. So, is the fear of weight gain all in our heads? Not exactly.

Fluid retention is common among hormonal contraceptive users, leading many women to believe that they are putting on extra pounds. This happens because the hormones in birth control — estrogen in particular — can cause the kidneys to retain water, which can lead to noticeable increase in bloating. Meanwhile, weight gain among users of progestin-only contraceptives might experience weight gain because of the increases in appetite this hormone could cause. Changes in fat storage can also cause women to worry that their birth control is making them gain weight. Ninety female college students participated in a study to compare fat distribution of an oral contraceptive user to that of a nonuser with a similar height and weight. Users of high estrogen contraceptives were found to have more of a “womanly body” or be pear-shaped due to more of their fat being stored in areas such as their hips and thighs. However, these women were not necessarily heavier than women not on the pill.

Oral contraceptives can also affect muscle mass in young women. A study tracked the muscle gains of women going through 10 weeks of resistance training. The results showed that women on the pill had gained almost 40 percent less muscle than the control group.

When it comes to worries about weight gain and medications, it's always a good idea to talk to your doctor about options and their side effects to help you find a good fit. But before you panic and vow to stay away from hormonal contraceptives, keep in mind that your weight gain probably has more to do with lifestyle choices, your age and genetics rather than your birth control.