DNA methylation provides clues about how long a person or animal is likely to live. Could it be harnessed to slow the aging process? 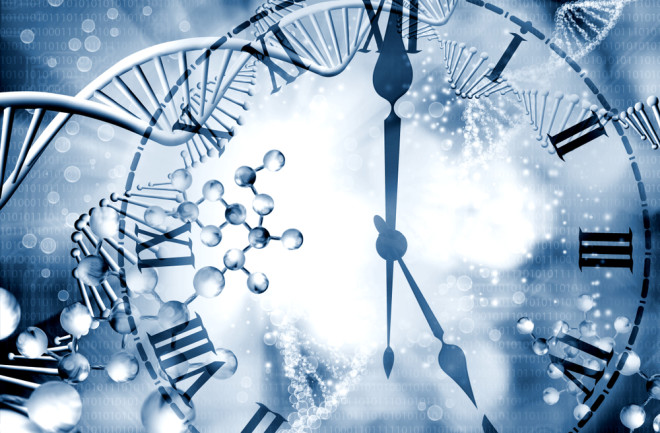 Many animals are known for their longevity. Sea turtles can live up to 50 years or more, while the Greenland shark may live for more than 400 years. And while some animals get the privilege of hanging around the planet for long, others aren't so lucky. Species such as the pygmy goby, an Australian fish, only live for eight weeks. Adult mayflies average a fleeting 24 hours.

But overall, it can be challenging to calculate the average lifetime of different species. And the lifespan of many is still unknown, as scientists rely on a sample of wild animals they’ve captured and studied. Now, scientists are looking for new methods to estimate lifespan — and reading DNA is an approach that has gained traction in recent years.

For instance, in a 2019 paper published in Scientific Reports, researchers predicted vertebrates' lifespan, including both reptiles and mammals, by looking at specific parts of their DNA. They gathered the genetic information of 252 organisms and zeroed in on the DNA sequences that can explain the vast differences in lifespan observed across the animal kingdom. With this data, they built an algorithm to predict both living and extinct species' maximum lifespan. They dubbed it a lifespan clock and used it to hone in on the average lifespan of some long-lived species.

With applications in the real world and the possibility of unveiling new details about the past, reading DNA is a promising technique for geneticists who want to understand how animals age and how to help them live longer — including humans. Beyond that, tapping into methylation could help indicate when an animal is being impacted by environmental stressors and are dying before their natural lifespans.

The Ticking Clock in Your DNA

DNA is the biological blueprint that makes each living creature unique. Everything from a person’s height to the iconic orange scales on a clownfish ties back to DNA instructions. When it comes to determining lifespans, DNA might be relevant, too. More specifically, methylation, a biological process inside cells, might hold clues to lifespan and the aging process in humans and animals.

Throughout our lifecycle, genes turn off and on. This is crucial to healthy growth and development, and methylation is an important process that governs gene expression. During methylation, enzymes add a methyl group to a gene, which blocks it from being transcribed. It is sort of like putting temporary handcuffs on a gene — the gene is still there, but the cell's machinery cannot read it or turn it into a protein. So methylation turns genes off, while demethylation (the removal of that same methyl group) turns them on.

Although methylation patterns and how they are regulated remain poorly understood, studies have shown that methylation decreases with age, with centenarians having the least. So does this mean that having more methylation is a good thing? Well, it depends. A number of normal cellular processes rely on methylation. But it might be the case that turning off certain genes prevents them from being expressed, and this could reduce the risk of developing certain diseases.

Beyond that, DNA methylation at certain sites on the genome also could be used as a marker to determine age in animals. Studying wildlife that can significantly outlive humans can be a challenge. Using their methylation technique, researchers who authored the Scientific Reports study learned that bowhead whales have a maximum natural lifespan of 268 years. This is new information, as previous measurements pegged their lifespans at 211 years. The researchers also applied their technique to predict the lifespan of some creatures who live on in our imaginations today. They coupled their lifespan estimator algorithm with ancient DNA to reveal that the woolly mammoth could live up to 60 years. This is an age that's close to African elephants, who still populate African savannas today.

The same study also looked at the genomes of our ancient hominid cousins — Neanderthals and Denisovans. They found out that both ancient hominid species had a natural lifespan of 37.8 years. Interestingly, the lifespan of early Homo sapiens, our own species, was 38 years. (Maybe we’re not that different from our early ancestors, after all.)

It may sound odd that humans have such short lifespans written in our DNA. Does this mean we're supposed to die at 38? Not exactly. As the lead author of this study, Benjamin Mayne, writes, "Humans could be considered an exception to this study as advances in medicine and lifestyle have extended the average lifespan.”

You still might be wondering why there are such stark differences across species in terms of natural lifespan and methylation. And could controlling methylation even improve lifespan among individuals of the same species?

Different animals have different mechanisms inside their cells that regulate rates of methylation. These differences even occur across animals within the same species, because methylation depends on numerous factors, including different environments and underlying diseases. Someone with cancer will have different DNA methylation patterns than a healthy person would, simply because the disease is associated with genetic alterations.

A healthy and active lifestyle likely goes a long way, too. Studies have reported that people who exercise and eat more fruit and vegetables often have higher levels of methylation, which is counter to the age-related declines normally observed. So genes aren't destiny after all.