Is It Time to Give Bug Burgers a Chance? 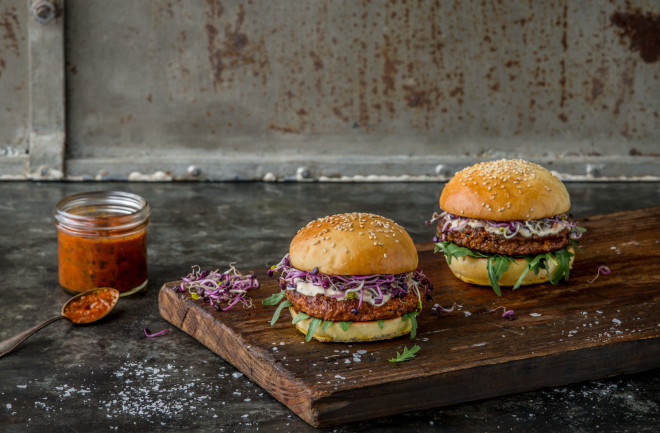 (Credit: Essento) A Swiss supermarket is doing its part to get Westerners hooked on the eco-friendly superfood of the future: bugs. Coop is one of Switzerland’s largest food retailers with over 2,200 outlets throughout the country, and it operates as a co-op with some 2.5 million members. Recently, Coop started stocking bug burgers and bug balls (like falafel) that are made by fellow Swiss company Essento. And according to Essento, the burgers and balls, made with ground mealworm and other ingredients, are already flying off the shelves. Not to editorialize, but they look really tasty. Incorporating insects into a balanced diet is hardly new in countries like Thailand, Ghana, Mexico and China, which together lead the world in insect consumption. People in the United States and Western Europe have been hesitant to jump on the entomophagy bandwagon, but that trend may shift. Consumer preferences are tilting toward higher quality and organic food products that leave a smaller ecological footprint, and for any environmentally conscious consumer eating bugs just makes sense. By 2050, the world’s population is expected to reach 9 billion people, and all of those mouths will put added pressure on the planet to churn out enough protein. Insects, as you may have guessed, are chock-full of protein and other micronutrients. What’s more, insects don’t need much space, they emit fewer greenhouse gases and a single kilogram of feed yields 12 times more edible protein than beef protein. Plus, there are over 1,900 species of edible insects to try. Westerners’ aversion to insects may stem from the fact that insects are considered taboo, pests and things to avoid. Generations of North Americans and Europeans grew up in colder climates, so surviving off of insects just wasn’t an option for much of the year. The challenge for companies looking to penetrate the Western grocery aisles with bugs will be overcoming the “yuck” factor. That may be why Essento is testing the waters at Coop with ground mealworms, rather than selling insects whole—diminishing the aversive effect of those antennae, legs and wings. And Essento isn’t the first to package insects in a way that appeals to Westerners. The Belgian company Green Kow makes chocolate-, tomato- and carrot-mealworm spreads. In the United States, Chapul and Exo sell protein bars made with cricket flour. New Generation Nutrition, based in the Netherlands, is experimenting with falafel-like chickpea and buffalo worm patties. Given the nutritional power in insects, would you try a mealworm burger at your next cookout?