Is it physically possible for a man to sire over 800 children? 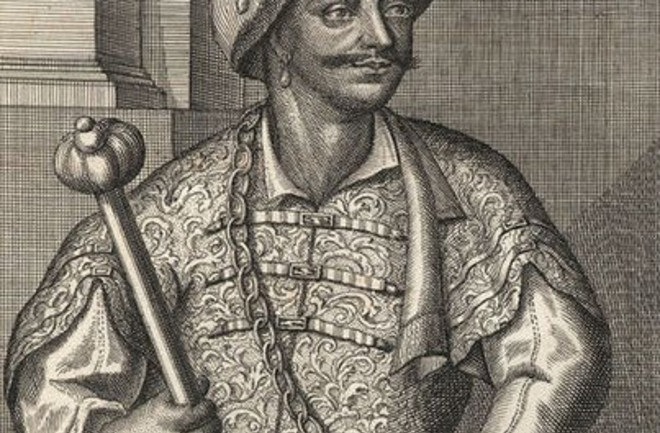 It's clear that men can have more children than women, but can they have hundreds of children? Here, scientists created a computer simulation to determine how many times a day the 17th-century Moroccan Emperor Moulay Ismael would have had to have sex to have his reported brood of 888 kids. Accounting for factors ranging from sperm aging and ovulation to Moulay falling in love and having favorites, they found that the Emperor needed to get frisky 1-2 times a day and have a harem of at least 65 women to achieve his plentiful progeny.The Case of Moulay Ismael - Fact or Fancy? "Textbooks on evolutionary psychology and biology cite the case of the Sharifian Emperor of Morocco, Moulay Ismael the Bloodthirsty (1672–1727) who was supposed to have sired 888 children. This example for male reproduction has been challenged and led to a still unresolved discussion. The scientific debate is shaped by assumptions about reproductive constraints which cannot be tested directly—and the figures used are sometimes arbitrary. Therefore we developed a computer simulation which tests how many copulations per day were necessary to reach the reported reproductive outcome. We based our calculations on a report dating 1704, thus computing whether it was possible to have 600 sons in a reproductive timespan of 32 years. The algorithm is based on three different models of conception and different social and biological constraints. In the first model we used a random mating pool with unrestricted access to females. In the second model we used a restricted harem pool. The results indicate that Moulay Ismael could have achieved this high reproductive success. A comparison of the three conception models highlights the necessity to consider female sexual habits when assessing fertility across the cycle. We also show that the harem size needed is far smaller than the reported numbers." Related content: NCBI ROFL: Do women prefer more complex music around ovulation?NCBI ROFL: The best men are (not always) already taken: female preference for single versus attached males depends on conception risk.NCBI ROFL: Self-fertilization in human: Having a male embryo without a father.