Is Harmful Corporate Research Ever Justified? 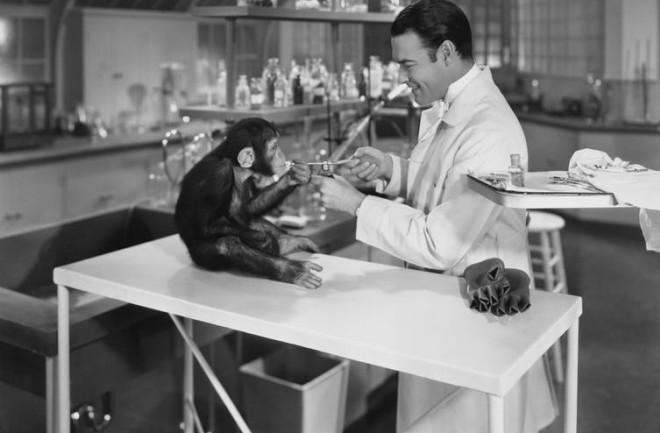 The recent allegations that researchers funded by the German car industry tested the effects of diesel fumes on humans and monkeys has raised serious questions about research ethics in the corporate world.

These tests were carried out by scientists on behalf of the now-disbanded European Research Group of Environment and Health in the Transport Sector (EUGT), which was funded by Volkswagen, Daimler and BMW. The aim was to observe and record the pollutant effect of emissions from diesel cars using modern exhaust-cleaning technology.

Ethically sound research brings huge benefits to society, saves lives and advances knowledge. But research always comes at a cost, ranging from resources and time used through to the direct risk of harm for subjects. So, the central ethical question is always: are these costs justified by the potential benefits of the research? When these costs become skewed too far, particularly where people have been exposed to unjustifiable harm, we end up with research scandal.

In the case of the diesel fume tests, the most pressing question is whether exposing monkeys and humans to harm can be justified against the benefits of the research. When administering substances known to be dangerous, the potential benefits would have to be significant in order justify such exposure. This can happen, for example, in cases where the research is therapeutic. Exposing volunteers to newly developed drugs that might end up hurting them can be justified on the basis that they might also benefit, or that society more generally will.

But in purely corporate research, these therapeutic aims are often absent. Instead, they often are replaced with a central aim of advancing profits. This does not necessarily mean there are not secondary social benefits in some cases. With diesel fume emissions, developing and testing technologies to reduce harmful emissions might be considered to have these secondary benefits in terms of improving public health and the environment.

The amount of risk and the severity of the potential harm are also important factors. Even a significant future benefit might not offset serious harm. And in the case of the diesel tests, there are very real and severe risks associated with exposure to fumes.

Whether the tests exposed subjects to greater levels of fumes than they might otherwise experience (such as walking down the street in daily life) would be important to know in order to assess these levels of potential harm. A greater than normal exposure requires proportionally greater potential benefits. But given what we know about the harm from diesel fumes, it is unlikely that such extra risk could be justified by a modest potential improvement in public health.

Another way of justifying the exposure to risks and harms in research is to appeal to the consent given by the research subject. If you volunteer and you are properly informed about the risks then why shouldn’t you take part, despite the potential harm? You might see any payment you receive for volunteering as more valuable than being free from the risk. Or you might simply want to altruistically contribute to a greener world.

Yet in cases where potential harm is particularly severe, we might still want to limit people’s freedom to consent. There may be limits that we think we should not cross in society and that to ask someone to expose themselves to significant risks for the sake of research is a step too far. In corporate research, where participants motivated by how much reward they are offered rather than potential therapy or social benefit, allowing people to undergo harm may even be seen as devaluing them as human beings.

Corporate research is very demanding upon our system of ethical decision-making because of the lack of focus on benefit to individuals or society. When the research involves substances that are known to be severely dangerous, it is extremely difficult to justify exposing people to them, even with all of the ethical arguments about benefiting the greater good and the right to consent. And because animal subjects can’t give consent, the research would have to have even more worthwhile aims to justify exposing them to risk and harm.

More From Discover
Health
What is Long COVID and What are the Symptoms?
Health
A Blood Test That Screens For Multiple Cancers At Once Promises To Boost Early Detection
Health
Decorate For the Holidays Early and it Might Improve Your Mood
Health
Feeling Sleepy After a Thanksgiving Meal? It Might Not Be the Turkey
Health
How These Top 10 Favorite Thanksgiving Dishes Impact Your Health
Health
There's a New Group of Blood Types — Here's Why it’s Important
Recommendations From Our Store
My Science ShopDiscover STEM Kits
My Science ShopDiscover 2022 Calendar
My Science ShopStrange Science
My Science ShopElements Flashcards
Shop Now
Stay Curious
Join
Our List