Living in a big city certainly has its perks, but research suggests that air and noise pollution and a lack of green spaces can be detrimental to our health and well-being. 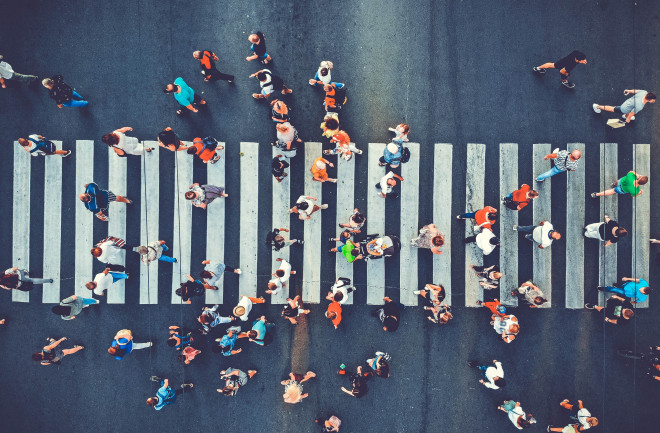 There's no denying the appeal of cities The fast-paced atmosphere buzzes with a palpable energy that can make even the most mundane task feel more exciting. Living in a big city has its perks, such as the wide array of career options, great availability of cultural and social opportunities and convenience of mass transportation services, among many others. More than half of the world’s population currently lives in urban areas, which is expected to grow in the years to come.

However, there are also unique disadvantages of city living — particularly, the potential health risks that come along with it. Research shows that city dwellers may be vulnerable to certain physical and mental health threats that come from exposure to different types of pollution, as well as the deficit of nature and green spaces. If you live in a city, here’s how the “concrete jungle” can affect your health.

Air pollution is a well-known environmental health hazard in cities. While most people think of motor vehicle emissions, byproducts of many industrial processes like manufacturing and power generation are major contributors of air pollutants as well.

Almost 9 out of 10 people living in urban areas are affected by air pollution, which increases not only the risk of cardiovascular diseases such as heart attack and ischemic heart disease, but also respiratory diseases like asthma and chronic obstructive pulmonary disease (COPD). Exposure to fine particulate matter — air pollutants that are small enough to be inhaled deeply — is also associated with high symptoms of anxiety and antidepressant use.

However, there is a lesser-known health threat in cities that most people might not be aware of: noise pollution. Unlike air pollution, it’s easier to overlook the potential harm caused by the sonic landscape of urban environments. People may perceive noise as an unwanted but benign byproduct of modern life, or an unavoidable aspect of city living, but neither of these is correct, says Rick Neitzel, a professor of environmental health sciences and global public health and associate director of the Office of Global Public Health at the University of Michigan.

The bustling sounds of a big city are often considered a “sign of life” compared to the tranquility of rural areas, but noise pollution can result in noise-induced hearing loss. More than just an annoyance, exposure to loud noise can increase stress, affect sleeping patterns, and even impair cognitive performance. Due to the elevated stress levels and oxidative stress, there’s also an increased risk of cardiovascular diseases like high blood pressure, heart attack, and stroke.

To lower noise exposure and reduce the risk of noise-related health impacts, individuals are advised to avoid high noise areas as much as possible and use hearing protection like earplugs, which are effective at reducing noise when worn properly and consistently, says Neitzel. “Let your elected officials know that noise is a problem that needs to be dealt with,” he adds. “With enough public demand, programs can be developed to systematically lower noise levels in our country and reduce the need for each of us to take individual action.”

Exposure to natural outdoor environments, or green spaces, is generally associated with better physical and mental health. According to a 2019 study, individuals who reported spending at least 120 minutes in nature per week showed higher levels of both health and well-being. However, urbanization — and the privatization of public land and resources in cities — is contributing to the gradual loss of public green spaces today, which may be detrimental to our overall health.

“Living in areas of cities that have low levels of vegetation — trees, shrubs, gardens, parks— has health costs,” says William Sullivan, professor and director of the Smart, Healthy Communities Initiative at the University of Illinois. Studies show that compared to people living in greener city areas, those who live in more barren areas recover more slowly from mental fatigue and are more likely to be aggressive and violent.

Urban green spaces also support informal social contact among neighbors in inner-city neighborhoods, which plays a vital role in the formation and maintenance of neighborhood social ties. This suggests that people living in areas with low levels of vegetation may be less likely to have strong, nearby social networks. Strong social ties are associated with longer life and better well-being, while loneliness and social isolation are linked to poorer health and depression, further emphasizing the importance of green, outdoor common spaces.

Additionally, people living in more densely populated areas have a higher risk of developing psychosis and depression. The prevalence rates of mood and anxiety disorders were also significantly higher in urban areas than rural areas.

To understand the effects of city living on mental health and well-being, a team of experts created a research project called Urban Mind. They wanted to measure the effects of urban and rural environments on mental health through a mobile application, which prompts users to answer questions about their current environment, feelings, and thoughts three times per day over two weeks. The collected data is then used for academic research that may involve the planning and design of healthier cities.

“What I can confidently state is that if you want to protect your physical and mental wellbeing while you live in a city, you should do your best to have regular, even daily, contact with green places, places that have trees, parks, gardens, ponds or lakes, rain gardens, or bioswales,” says Sullivan. “You can try to live in such places or seek them out regularly.”

However, if you do spend a substantial amount of time in nature, make sure not to bring your electronic devices with you. Green spaces help individuals restore their ability to focus and recover from attentional fatigue, but using electronic devices can very well counteract the attention enhancement benefits.

“City officials can do a great deal to promote the health and wellbeing of urban residents by creating easy and abundant access to green spaces in every portion of their city,” says Sullivan. “They should work to protect existing green spaces and do their best to reclaim as much paved space as possible and turn those spaces into green settings.”