It's the first-ever use of the tech in cephalopods. 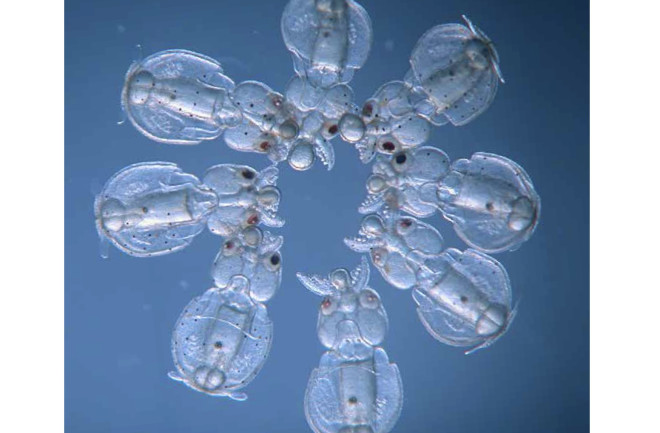 This article appeared in the September/October 2021 issue of Discover. Become a subscriber for unlimited access to Discover's archive.

Can you spot the differences between these baby squids? Look closely: The ones with light pink eyes and fewer dark speckles (called chromatophores) got a makeover in July 2020 by scientists using the CRISPR-Cas9 geneediting tool. A team of researchers at the Marine Biological Laboratory in Woods Hole, Massachusetts, found a way to make Doryteuthis pealeii hatchlings more transparent by switching off the gene that controls eye and skin cell pigmentation while they’re still embryos. The feat is the first time researchers have knocked out a gene in cephalopods, a class of invertebrates that includes octopus, squid, cuttlefish and nautilus. With future applications in biomedicine, such as pain-management therapies, the potential to turn individual genes off (and on) may not only impact our boneless brethren, but humans, too.