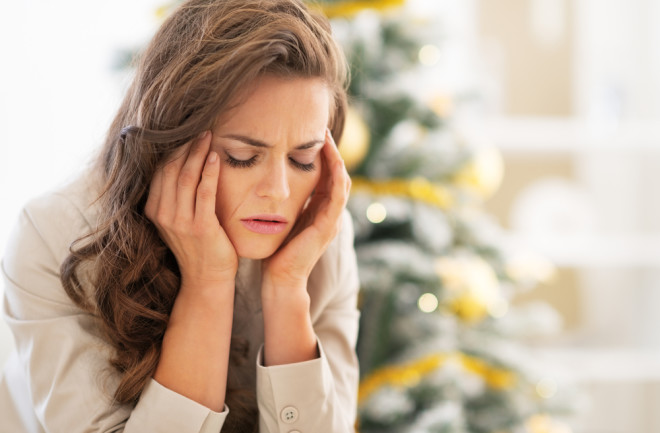 For many, stress is an all-too familiar emotion. It can come from daily challenges, like juggling work and child care, or major life events, like getting divorced or losing a loved one. We all experience this stress differently — some people can’t sleep, others stress eat, and still others develop debilitating anxiety.

But our bodies may be responding to stress on a deeper level. Chronic stress and anxiety could disrupt how our cells produce energy, according to a new study published today in the journal PLOS Genetics. This, along with genetic variations, could help explain why our reactions to stressful situations can vary so much, the researchers say.

In addition, the results could help researchers and physicians get to the root cause of anxiety disorders like panic attacks, says Iiris Hovatta, a behavioral geneticist at the University of Helsinki and author of the study.

Stress in the Lab

Hovatta is interested in why some people develop serious anxiety disorders and other people do not. She suspects genetics plays a role in what she calls stress resilience, or how well someone is able to bounce back from stress without lasting impacts. While this may seem like a simple question, finding the answer is quite complicated.

For one thing, it’s really difficult to study stress responses in people, Hovatta explains, as it can be near impossible to account for all the stressors we experience on a regular basis. So, she and her team started with mice instead. They used two genetically distinct groups of lab mice and put them through a series of stress and social tests, looking for mice that developed behaviors that indicated anxiety or depression. Then, the scientists looked at the brains of these mice, focusing on cells in a region of the brain known to be connected to anxiety and stress.

After studying the brain, Hovatta found the same alterations also appeared in the blood cells of the mice. That gave them the evidence they needed to take their study to humans. The researchers took blood samples from individuals before, during and after a panic attack and looked closely at the cells for signs of a stress response.

In their analysis, Hovatta and her colleagues zoomed in on the mitochondria. Those who remember a little high school biology may recall that mitochondria act as microscopic power plants, providing each cell with the energy it needs to function. Like any other part of the body, the mitochondria contain DNA that provide it with a blueprint for how to fulfill its duties.

Looking closely, the scientists found several changes to mitochondrial genes, including those that help the mitochondria produce energy in both people and mice after a panic attack or chronic stress exposure. This could be a sign that the energy output of cells is influenced by intense stress, says Hovatta. What’s more, the cells of naturally anxious versus naturally resilient mice reacted differently to stress, suggesting individual genetics could indeed be playing a role in how stress manifests at the most basic level.

“I was very excited,” says Hovatta of the finding. “This was the first time we saw these mitochondrial findings really pop up.” Because the researchers detected this change in both mice and humans, Hovatta thinks they may have uncovered a common animal stress response.

Hovatta stresses that at this point, it’s too soon to know exactly how all the cellular changes documented in this study relate to stress and impact cell function. This study primarily serves as a jumping off point, she says, opening up a new avenue of research into stress and mitochondria. If scientists are able to understand anxiety disorders at the cellular level, Hovatta hopes the knowledge can be used to better diagnose and treat these patients.

More From Discover
Health
The Science Behind Cold Water Plunges
Health
This is How Much Water You Should Actually Be Drinking Each Day
Health
What is Epilepsy and What Should We Know About it?
Health
What is Long COVID and What are the Symptoms?
Health
A Blood Test That Screens For Multiple Cancers At Once Promises To Boost Early Detection
Health
Decorate For the Holidays Early and it Might Improve Your Mood
Recommendations From Our Store
My Science ShopDiscover STEM Kits
My Science ShopDiscover 2022 Calendar
My Science ShopStrange Science
My Science ShopElements Flashcards
Shop Now
Stay Curious
Join
Our List