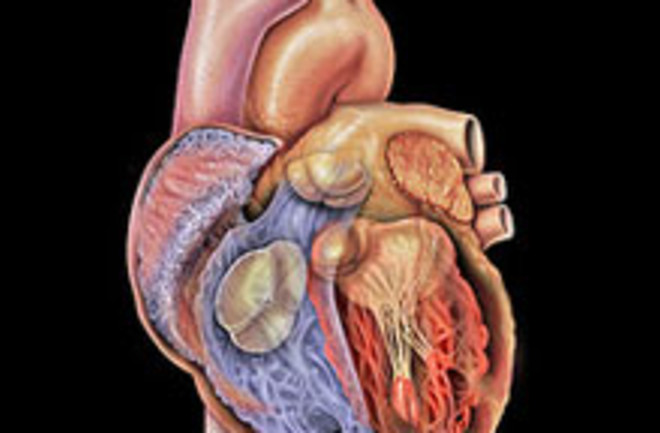 Injecting a certain protein into mice and rats stimulated their heart cells to multiply after a heart attack, improving cardiac function. The experiment's results point to a possible method to regenerate damaged human heart tissue, according to a study published in the journal Cell. The adult heart is remarkably static. Although research this year revealed that a tiny number of new heart muscle cells are created in adulthood, that cellular regeneration tapers off throughout life, so heart damage inflicted during a heart attack does not heal naturally. But scientists found that injecting a growth factor called neuregulin1 (NRG1) into mice and rats stimulated the animals' heart cells to divide. After 12 weeks of daily injections, the animals' hearts showed less hypertrophy, or enlargement, and improved function. For instance, the hearts had about a 10 percent increase in ejection fraction--the fraction of blood pumped out of the left ventricle with each beat. The treatment "didn't make the damage go away completely, ... but it did make the heart work significantly better" [

Until now, efforts to repair heart tissue involved stem cells; the study is the first to explore a new approach to restore heart function.

The researchers said it was not clear if NRG1 is directly responsible for the natural repair process - but their findings show it can clearly enhance it [BBC News]. Still, before the growth factor can be tested on humans, researchers must verify that the method is safe; the next step is to try the technique on pigs, which are physiologically closer to humans than are rodents. One concern is that because neuregulin 1 circulates throughout the entire body, it could cause undesired cell replication in breast tissue or the nervous system.

In the future, scientists may unite stem cell- and protein-based heart regeneration techniques.

Some of the benefits of cell therapy may come from stimulating endogenous pathways similar to or the same as the one targeted by Kühn, says [stem cell scientist Joshua] Hare. It's possible that part of the underlying biology is similar, he adds, and "we just have to figure out the best way to manipulate it" [Technology Review].