In Rare Cases, Cancer Can Pass From Mother to Unborn Child 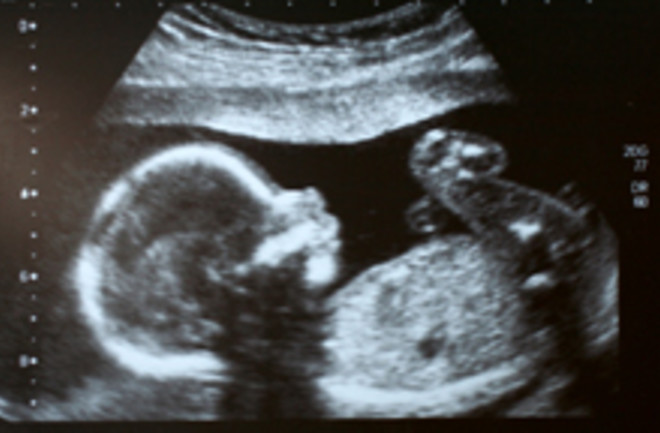 In very rare cases, the womb is a dangerous place for a developing fetus. Researchers have found that pregnant women can pass on cancer cells to their unborn babies, if those cancer cells carry a particular genetic mutation. The new study resolves a longstanding puzzle, because in theory

any cancer cells that manage to cross the placenta into the baby's bloodstream should be targeted for destruction by the child's immune system. But there are records of 17 cases of a mother and baby appearing to share the same cancer - usually leukaemia or melanoma [BBC News].

In the study, which will be published in Proceedings of the National Academy of Sciences, researchers used a genetic "fingerprinting" technique to match the cancer cells found in a mother and baby.

The case, involving a Japanese mother aged 28 and her daughter, revealed that both patients’ leukaemic cells carried the identical mutated cancer gene BCR-ABL1 even though the infant had not inherited this gene [The Times].

This meant that the child, who was diagnosed with cancer at the age of 11 months, could not have developed leukemia independently. To determine how the cancer cells avoided being destroyed by the infant's immune system, researchers looked at the cancer cells in the child and found a deletion mutation--a place where some DNA was missing. This mutation occurred in the genetic region that works to distinguish one individual's cells from another, meaning that the baby's immune system didn't recognize the cancer cells as foreign, and didn't destroy them. The particular case examined in this study had only half a happy ending.

The mother, who had leukaemia diagnosed after giving birth, died a few weeks later last year. The baby girl, who developed a jaw tumour that was shown to carry the same genetic markers as the mother’s cancer, has been treated intensively and is doing well [The Times].

But lead researcher Mel Greaves doesn't want pregnant women to have one more thing to worry about; he says that

"such mother-to-offspring transfer of cancer is exceedingly rare and the chances of any pregnant woman with cancer passing it on to her child are remote" [BBC News].