Ignore the Ad Blitz: Brazilian Twins Have Nothing to Do With Nazi Doc 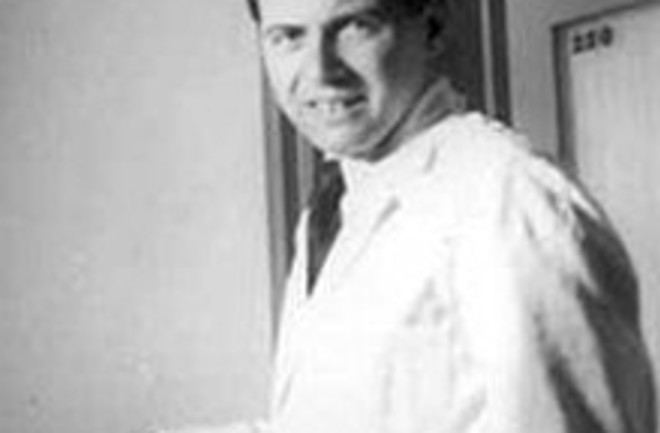 Legend has it that escaped Nazi war criminal and SS physician, Joseph Mengele, fled to Brazil where he carried out his experiments on twins, hoping to unlock the secret to engineering a blonde-haired, blue-eyed master race. Apparently National Geographic Explorer wants you to think he succeeded--at least according to the ad for its new show Nazi Mystery: Twins from Brazil:

Deep in the Brazilian outback in a tiny town among the 80 households in a one-square-mile area are reportedly some 38 pairs of twins. Blond, blue-eyed twins. Bizarre and inexplicable, could they be the product of Mengele's machinations? Now, with exclusive access, EXPLORER goes inside the investigation; From the secret agents who trailed him, to the scientists now uncovering the facts behind the fantastical phenomenon, no stone is left unturned.

While they don't come out and say it, the ad seems like an attempt to lure readers into their show with the promise of some new dirt on Mengele's experiments. This all seems odd, since National Geographic News ran a story a week ago about how Mengele had nothing to do with the twins in Brazil. Researcher say many inhabitants of Cândido Godói have fair skin because they're descendants of German immigrants. However, the town's twin boom predates Mengele's arrival, and continues to this day, so it couldn't have anything to do with him. While they don't know the exact biological basis, researchers think the twinning is the result of the founder effect, according to National Geographic News:

If a small group settles a region and the settlement remains isolated for generations, the original settlers' biological quirks tend to be passed down as the same families intermarry over and over...

So if something in the founder's genes predisposed them to having twins, that could explain for the booming twin rate. Hopefully for National Geographic, their TV viewers aren't the same as their web readers. Related Content: Discoblog: Worst Science Article of the Week: The “Dark Side” of Darwin Discoblog: Woman Gets Pregnant…While Already Pregnant Discoblog: We’re All a Bunch of Genetic Mutants, Research FindsImage: Wikimedia