Experts say genes are only one part of the equation. 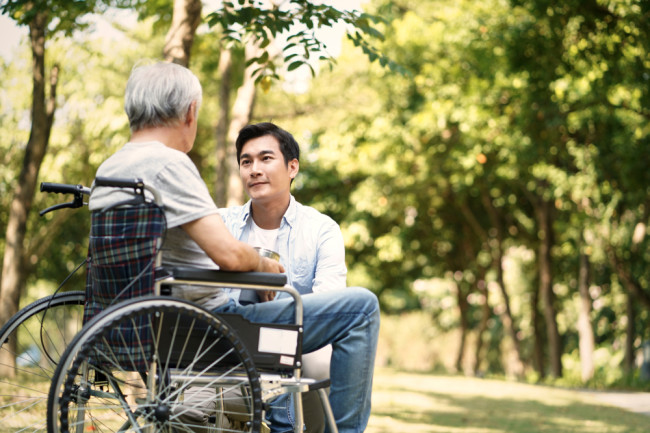 After watching a parent succumb to the deleterious effects of Alzheimer's disease, it's only natural to wonder if you might be doomed to the same fate. The good news? That's not necessarily the case. The bad news, however, is that the disease is so prevalent your overall risk is still relatively high — especially as you age.

Experts agree that family history elevates the risk, particularly if you have more than one parent or sibling with the disease, but they disagree on how much. Some studies indicate the risk hovers at around 30 percent, while others estimate an up to two or four times increased risk.

Early onset Alzheimer's — which typically strikes individuals between the ages of 40 and 65 — has a more easily understood genetic link, with a 50 percent chance the child of an Alzheimer's patient will also be diagnosed with the disease.

How Did Alzheimer's Disease Get Its Name?

However, a combination of genetic and environmental factors come into play for the more common late-onset variation, says Rita Guerreiro, a neurogeneticist at the Van Andel Institute. Which makes things even more difficult to predict. “Many people who have relatives with [Alzheimer's] never develop the disease, and many without a family history of the disease do develop it,” says Guerreiro.

Interested in tipping the odds in your favor? Some scientists think keeping your mind active, consuming a diet low in red meat and sugar and exercising regularly could help keep the memory-zapping disease at bay.