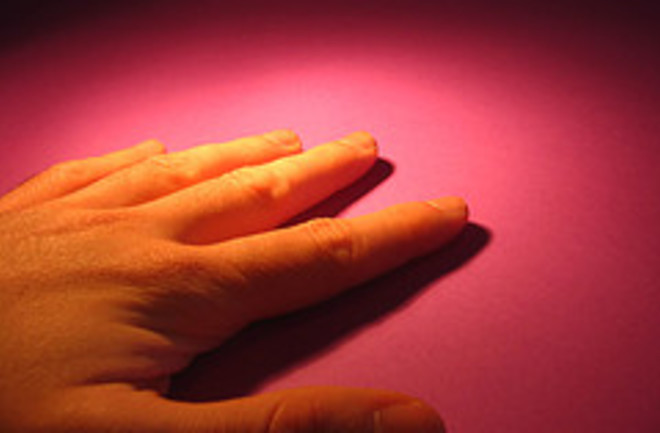 When it comes to sexual attraction, it turns out that men might better be concerned with the length of their fourth (or ring) fingers than the length of anything else. Researchers have discovered that women tend to be more attracted to men whose ring fingers are longer than their index fingers. We've known for a while that the length ratio between the second and fourth fingers of a man may indicate how much testosterone he was exposed to in the womb, with longer ring fingers indicating more testosterone exposure. And many researchers have taken this finding to new levels, including a study from last December that revealed that the risk of prostate cancer drops by a third in men with longer index fingers. In the present study, "the aim was to understand what make a man attractive," and whether these characteristics "were in part conditioned by the foetal environment," University of Geneva, Switzerland, researcher Camille Ferdenzi told COSMOS. Men with higher testosterone tend to have deeper voices, more symmetrical faces, and a distinct body odor. And so with this in mind, Ferdenzi had 80 university women between 18 and 34 evaluate 49 men of similar age for both attractiveness and masculinity. She also had women take similar evaluations after they heard male voice recordings and (separately) sniffed body odor harvested from cotton swabs that were attached to men's armpits for 24 hours. As for the results, "the longer the ring finger compared to the index---that is, the greater the exposure to testosterone---the more attractive the face was rated," Ferdenzi told COSMOS. "We ... found that attractiveness and symmetry in the face are highly correlated." She suggests that women might be evolutionarily attracted to high-testosterone-linked characteristics because those partners tend to also be more fertile, making way for reproductive success. The odd thing was that the women showed no preference for the smells or voices of longer-ring-fingered males, which suggests that these physical characteristics might be more dependent on the changing levels of adult testosterone than in utero testosterone, say the researchers. Also, the women didn't consistently identify the attractive men as masculine, suggesting that attraction isn't merely a measure of masculinity. So even if you have a long index finger, you don't have to panic: Length isn't everything (granted you don't also smell bad and have an unattractive voice). Related Content: 80beats: Wall Street’s Winners May Be Determined While They’re Still in the Womb Discoblog: Astronauts’ Occupational Hazard: Falling-Off Fingernails The Loom: The X-Woman’s Fingerbone Discoblog: Man’s Finger Heals Normally—No Eye of Newt or Bladder of Frog Required