Human hybridization - the good & the bad 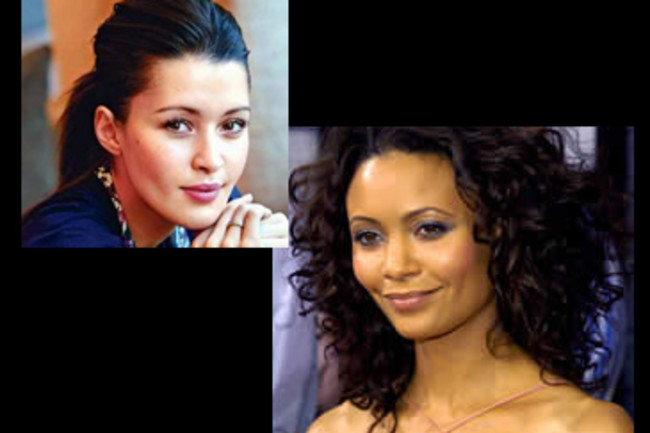 Update: Over at Genetics and Health:

Last month, 12-year-old Bobby Stephens, Jr. died after football practice in Florida. This week, his family learned that he carried genes for both Hemoglobin S and Hemoglobin E. There have only been 27 documented cases world-wide of people who've died as a result of the combination of both of these two genetic mutations. ... Hemoglobin S. This the predominant hemoglobin in people with sickle cell disease. ... Hemoglobin E trait is benign. Hemoglobin E is extremely common in S.E. Asia and in some areas equals hemoglobin A in frequency. ... Bobby had a higher probability of inheriting these specific genetic mutation from his parents because his mother is Thai and his father African-American.

This child will exhibit a unique immunological profile generated by their likely novelty because they will bridge European and Asian populations, but, a tissue match is contingent upon a sequence of necessary matches

. Though many Europeans will match the permutation inherited from one parent, and many East Asians the permutation inherited from the other, the combination of the two rows, so to speak, is very rare. This means that a tissue match can be very problematic for these individuals because they are novel combinations of two distinct populations. While East Asians and Europeans have a far greater chance of finding an appropriate match within their own populations, Eurasians need to look within a group of individuals who are also Eurasian, as they will exhibit the genetic variation which results in their particular combination of alleles across the loci. A friend of mine emailed me and expressed the opinion that this was one of the most scary arguments she'd heard against interracial marriage. There have been scarier. In the early 20th century the eugenicist and biologist Charles Davenport did a series of studies on Jamaican children to show that black-white hybrids were inferior in fitness to their parental phenotypes. Unfortunately, Davenport's work was rather suspect even at the time (though accepted due to a priori biases). What Davenport was looking for is common in the animal kingdom, and it is termed outbreeding depression. Basically, two lineages when brought together exhibit a discordant genetic combination so as to reduce fitness. This can occur in animals like frogs which are philopatric and geographically powerfully substructured. But, its relevance to a transcontinental and mobile species like our own seems less accepted. Helgadottir et. al. have recently discovered a possible case of hybrid breakdown in African Americans. In short, a particular gene when transferred from the European genetic background to the African one seems to result in greater risk of heart attacks. African Americans are of course on average 20-25% European in ancestory, with the vast majority of the rest being West African (Native American admixture seems negligible). This is likely not going to be the only case of this sort of thing. In a primitive manner we already have a situation in Europe itself where something like this occurs, the Rh factor. The high frequency of Rh negativity among the Basques means in that in the premodern era the expectation of fitness of a female and their fecundity would drop if they married into a population with a very low Rh negative frequency. This does not mean that there isn't variation from person to person, but that in some cases one can argue that on some axes of fitness admixing populations can result in a mean decrease in fitness because of differences in the genetic background. But this is the downside. There's an upside! First, the simple ones. Armand Leroi has outlined an argument:

...people of mixed ancestry should show the benefits of concealing recessive mutations. And this, I suspect, is the true meaning of Saira Mohan: half Punjabi, quarter Irish, quarter French and altogether delightful. She, too, is a mutant - but a little less so than most of us.

Basically, the reason that having offspring with siblings is so dangerous is that you are likely to share a pack load of lethal recessives and the chances of them being expressed are extremely high. That chance drops considerably with cousins, but the proportion of cousin-marriage offspring with recessive diseases is still rather high because the coefficient of relatedness of 1/8 means that there is a /18 chance of a allele at a locus being identical by descent, that is, it is the exact copy from the common ancestor. If you both carry a really bad mutation on your lucky matched copy, well, problems ensue. Hybrid vigor may result from a situation where mildly deleterious recessives that are expressed are hidden. Another argument is that heterozygosity confers benefits, that is, two different copies of a gene instead of matching copies. My own impression is that the heterozygosity argument is not well accepted today. Additionally, there are other possibilities, for example, synergistic positive epistasis, where novel genetic backgrounds do not lead to breakdown, but increased fitness. Some arguments for the maintenance of sex use the same rationale, even though sex is in the short term a losing strategy, it results in these novel combinations which can result in great increases of fitness over the long term (and there are other issues like Muller's Ratchet, but that's for another day). But I saved what I think the most solid point is for last, and it is the inverse of the point about tissue matching: rare immunological profiles maybe relatively insulated from common pathogens which are adapted to infect modal populations. In other words, the bugs which have learned to pathogenize Europeans, Asians, Eurasians as a whole, or Africans, might have a harder time with hybrids of these populations which are something altogether new. Over a lifetime this immune boost might result in a developmental headstart or edge. In the case of a plague or some other disease it seems that this group will be far more likely to be insulated from the ravages of the super-bug because that super-bug by its nature will probably be optimally designed to break down and circumvent the most common immune strategies, not the oddballs. There are other strange issues one could moot. For example, an admixed population should exhibit more phenotypic variation than the parent populations because it exhibits more genetic variation. Does this imply that it exhibits more fitness variation? That is, the hybrid population would have more extremely fit and unfit individuals than either parent population? Mechanistic forms of epistasis, recessive masking, etc. might account for this. One could imagine a peculiar model where this increased variance could lead to greater mean fitness in adulthood. Consider the variance of fitness in a population increasing. Now, imagine that fetuses below a threshold in fitness do not complete their term. The miscarriage rate in this population would be higher, but, as the variance increases, so long as the threshold of fitness is below the mean

the remaining pregnancies completed to term will have higher median fitness!

Do I believe in this scenario? Not really. But it could work. The point is that this is a complex issue. In the early 20th century biologists attemped to "prove" the orthodoxies of the day. Today it is in vogue to exclaim that interracial children are more "beautiful" and "healthier." There is even a book out, Breeding Between the Lines: Why Interracial People are Healthier and More Attractive, which makes the "consensus" argument which is dominant in our zeitgeist. Myself, I would state on average that there is probably a slight fitness payoff in an extreme outbreeding scenario. But the science of this is to be determined, and there is a lot of detail and nuance that can be added to the discussion.