Rates of the cancer-causing virus have been reduced by half thanks to a vigorous vaccination campaign. 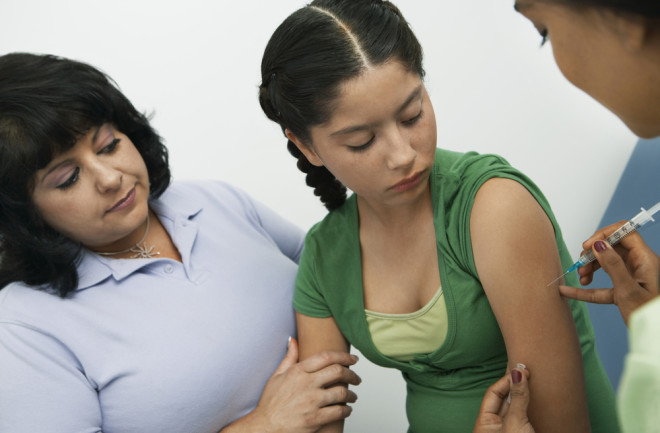 The HPV vaccine prevents the spread of the cancer-causing human papillomavirus. But because HPV is transmitted through sexual contact, some critics say the vaccine promotes promiscuity; others fret about potential side effects.

As a result, only a third of teenage girls in the U.S. have received the three recommended shots. So public health officials were surprised when a nationwide survey revealed in June that infection rates from cancer-causing HPV strains have sharply declined since the vaccine was introduced in 2006.

More than 8,000 girls and women between the ages of 14 and 59 were evaluated in the study, which found that infection rates with the strains of HPV that cause cancer had fallen 56 percent for 14- to 19-year-old girls.

Among adolescent girls, infection rates fell from 11.5 percent of sexually active girls in 2006 to 5.1 percent in 2013, says the study’s lead author, Lauri Markowitz of the Centers for Disease Control and Prevention.