How Your Circadian Rhythms Control Your Every Waking — and Sleeping — Moment

Our body temperatures, immune systems and more are regulated by internal circadian rhythms. 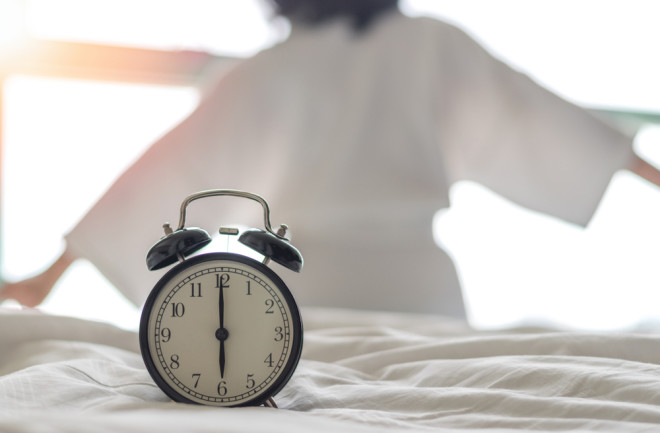 Do you know what time it is? Your body does. That’s thanks to our circadian rhythms, a set of biological processes that aligns our inner workings with an Earth day, no clocks necessary. In a basic sense, they represent a functional adaptation to the reality of living on a planet that regularly sees both light and dark. Circadian rhythms are found in living creatures from all kingdoms of life, from plants to animals to simple bacteria.

While scientists have noted that some plants and animals have altered their behavior in response to the time of day for centuries, it’s only recently that we’ve begun to uncover the true scope of what circadian rhythms control. We all know that circadian rhythms are what make us sleepy at night. But they also regulate our core body temperatures, immune function, hormone production, cellular activity, and more, all on a repeating 24-hour-long schedule. And our bodies are keeping time at even the most basic level. Researchers have found that individual cells display independent circadian rhythms, marking the hours even in the absence of outside signals.

This tight schedule is managed by a series of biological feedback loops within our cells and cues from the external world, like light and temperature. But not everyone’s clock runs the same. In some rare cases, people can experience sleep schedules that are shifted by hours, the result of mutations to the genes that control their circadian clocks. And men and women’s circadian rhythms are slightly different as well: Women tend to see peaks of biological activity earlier in the day than men, and may deal better with disruptions to their sleep schedules.

Our circadian rhythms are regulated by what scientists call our master circadian clock, located in a region of the brain called the suprachiasmatic nucleus, in the hypothalamus. There, a tightly-controlled interplay between a few key proteins alternately up- and down-regulates the circadian cycle in a self-reinforcing loop. The mechanisms are complex — research into the molecular underpinnings of the circadian clock won the 2017 Nobel Prize in Physiology or Medicine. But the outcome is that our bodies oscillate between states of higher and lower arousal throughout the day.

Our circadian rhythms are partly intrinsic, meaning they operate even without cues from the environment about what time it is. A landmark study beginning in the mid-1960s, often called the Bunker Experiment, was the first evidence that humans even have an internal clock. Two German scientists, Jürgen Aschoff and Rütger Wever, had subjects live inside a windowless stainless steel bunker for weeks at a time to see what would happen to their sleep-wake cycles. Even in the absence of any outside signals, the subjects adhered to fairly regular patterns of sleeping and waking, a sign their circadian rhythms were continuing to tick.

But their internal clocks weren’t perfect. Most of the subjects actually seemed to live on a schedule more closely aligned with a 25-hour day, the researchers found, evidence that our circadian rhythms can fall out of alignment in the absence of sunlight and other clues from the environment. While subsequent work indicated that the presence of artificial light was likely throwing the bunker data off a bit, we know today that our circadian rhythms need regular updates to stay on track.

External cues, primarily light, but also heat and a few other things, work to entrain, or synchronize, our circadian rhythms throughout the day. Scientists call these cues “zeitgebers,” German for “time givers.”

Research into circadian rhythms has also revealed that not everyone hits maximum wakefulness at the same point in the day. Different people display different chronotypes, or your body's natural tendency to sleep at a particular time, often split into morning and evening groups. But in reality, most of us fall somewhere on a spectrum between these two extremes, depending on our genes, sex and age.

Paying attention to your body’s natural cycle of wakefulness can be important. Studies show that our cognitive performance varies predictably according to where we’re at in our circadian rhythms, with regular peaks and dips in our attention spans, memory and executive function. It’s not just mental, either. One study found that Olympic swimmers tend to perform best around 5 p.m.

Circadian rhythms have an important influence on our health, too. Researchers have found that heart attacks appear slightly more likely in the morning, when our blood pressure and heart rate is elevated. Our immune systems behave differently at night, too. Levels of proinflammatory compounds and white blood cells are more elevated at night, and dip during the day. It’s backed up by evidence that chronic inflammatory diseases and allergies worsen overnight, as our immune systems ramp up.

The connection between medical conditions and time of day has given rise to the field of chronotherapeutics, based on growing evidence that some medications have more positive effects at some points in our circadian cycles. The field is still young, and more study is needed, but the concept could be a simple way to increase the effectiveness of some drugs.

Just as sticking close to our circadian rhythms can help boost cognition or physical performance, straying from them can cause harm. It’s obvious that attempting difficult tasks late at night is more difficult for most of us, as our circadian rhythms turn our bodies down for sleep. But prolonged deviations from the normal cycle of sleeping at night and waking during the day can also lead to an increased risk of cardiovascular harm, among other things. Evidence shows that people with mental disorders see their conditions worsen when their circadian rhythms are destabilized. And the correlation goes the other way, too. Those with mental disorders are already more likely to have disrupted circadian rhythms.

Though straying too far from the ticking of our internal clocks may be bad, there’s some evidence that we can alter our circadian rhythms, if just slightly. In a recent study, Harvard researchers say they were able to adapt subjects’ circadian rhythms to both a 24.65 hour day and a 23.5 hour day. A day on Mars happen to be exactly 24.65 hours, for example, and some researchers are worried that could spell trouble for future colonists whose bodies would gradually fall out of sync with the days and nights. But perhaps our circadian rhythms are more pliable than we think — just enough to keep time on another world.