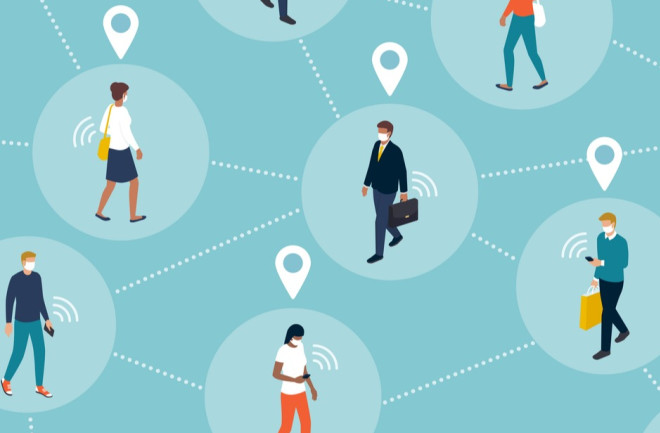 As government officials begin easing restrictions implemented during the early months of the SARS-CoV-2 pandemic, they are looking for new ways to track and slow the spread of the virus. Contact tracing — the practice of identifying those exposed to infected individuals — is part of this effort. For COVID-19, however, public health officials have worked with engineers, cybersecurity experts and technology companies to add a modern twist to this age-old public health tool: smartphone apps.

Historically, contact tracing has happened manually, with humans doing the detective work to find, and break, transmission chains during outbreaks of contagious diseases like measles or HIV. But it’s an imperfect process. Memories can be fallible. And even when manual contact tracing is sufficient for family, friends and co-workers, it often falls short of identifying, for example, contact that occurred while standing in grocery store lines or dining at nearby restaurant tables.

The PACT protocol relies on the same technology as the Find My iPhone program. When someone downloads the app, short-range Bluetooth signals known as “chirps” are emitted from the smartphone and picked up by other nearby phones also running the app. If that person later tests positive, they can upload their chirps from recent weeks to a public database. Others with the app would then be notified when their phones picked up infected individuals’ chirps — alerting them that they may have been exposed. If that occurs, they’ll receive information from public health officials regarding an appropriate course of action, which may include symptom checks, seeking testing or self-quarantining.

How Close Are We to Getting an App?

Any contact tracing app needs to balance accuracy (using information from public health officials regarding what amount of contact is considered “too close for too long” to an infected individual) with smartphone battery life. “We don’t want the phone to stop being a phone and [instead] be a COVID detector that needs to be charged 10 times a day,” says Zissman.

The PACT team has developed a prototype app and is now serving in an advisory role to Apple and Google, companies that ultimately will produce their own apps. The companies have committed to PACT principles that make “user privacy and security central to the design.”

“The first letter, P [of PACT], is for ‘private.’ That’s intentional,” says Zissman. This approach is decentralized, which means that there is no government database of infected or exposed citizens. But other countries are taking a more centralized approach.

“The trust-the-government thing in the United States is difficult,” says Zissman. “We had to go with something that’s totally private.”

Critics of decentralized models argue that they deny public health authorities vital information about the virus’ spread, including emerging hotspots. However, Zissman argues that that information can be obtained in other ways. For example, a public health department could require restaurant owners who open during a pandemic to install the app on a device on the restaurant wall. The government could access the restaurant’s data, rather than accessing comprehensive data from individual citizens.

In the end, contact tracing will be a key public health tool for responding to a pandemic in any country. Even in countries like the U.S., where privacy is a bedrock value, these contact tracing apps should help allow the world reopen safely.