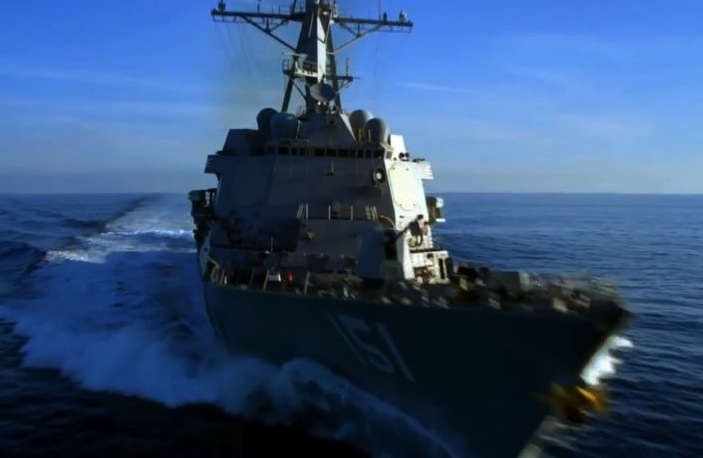 A United States Navy Destroyer is sent to the Arctic and ordered to radio silence for four months. During that time, a mysterious virus – 100 percent fatal and 100 percent contagious – spreads from isolated pockets in Africa and Asia into a pandemic. When radio silence ends and the captain and his 217 crew finally learn what’s going on, 80 percent of the human population is either dead or dying, and all government control has collapsed. Unrealistic? Perhaps. But this is the setting of the TNT hit series The Last Ship. While that fictional virus may indeed be too lethal and spread too rapidly to be realistic, one thing this nail-biting, apocalyptic story should scare us into doing is to respond faster to viral outbreaks than we’ve been able to do in the past. The real-life models for this are two coronaviruses: Middle East respiratory syndrome coronavirus (MERS-CoV) and severe acute respiratory syndrome coronavirus (SARS-CoV). First identified in humans in 2012, MERS-CoV has since caused 572 laboratory-confirmed infections, 173 of which have been fatal, and yet clinicians have no drug that targets the virus specifically. The same is true of SARS. Despite some initial, anecdotal reports suggesting that the drug ribavirin might work against this virus, and some modest success with interferon (which has a general inhibitory effect against many viruses), there is no specific anti-SARS agent. So whether we’re talking about a virus in real life that’s killed hundreds, or the unnamed, fictional virus from The Last Ship that’s killed billions, global and national health organizations can respond via several strategies. 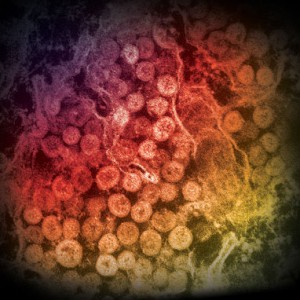 An electron micrograph of a thin section of MERS-CoV, showing the spherical particles within the cytoplasm of an infected cell. Credit: CDC One strategy is to develop a vaccine. On The Last Ship, this seems to be the only strategy that anybody has considered thus far, but vaccine development usually takes a long time. The best guess that I’ve heard, if we’re talking about the time for just the laboratory work to make a new vaccine in an emergency – forgetting about the quality control and clinical testing for side effects and to see how well it works – is 10-12 weeks. That’s assuming that you have an infrastructure with functioning laboratories and hundreds of scientists and technicians. On The Last Ship, they don’t. They have only one virologist working in a makeshift lab aboard the destroyer. Called the Nathan James, the destroyer and its crew wander the Earth’s oceans looking for fuel and food while trying to avoid a renegade Russian admiral, who commands an older but much larger (and nuclear powered, thus longer enduring) vessel, and wants the virologist and her research. The virologist, Dr. Rachel Scott (Rhona Mitra), has found the “primordial strand," an ancient form of the virus whose various descendants (each with a slightly altered nucleotide sequence) have decimated the human species. The first science premise of the story is that having the primordial sequence will allow her to make a vaccine. A secondary premise is that a new gene that the virus has acquired (probably via human intervention), which has made the virus much more contagious, has also stabilized it, preventing it from mutating and evolving further. These premises set the stage for exciting sci-fi drama – but if you’re wondering, no, it does not make any sense biologically. The first premise might dovetail superficially with one of several hypotheses surrounding the origin of viruses – a subject that is hotly debated – but doesn’t fit at all with how you create vaccines against known viral pathogens, which would be created customized to the threat at hand. As for the second premise, it’s just wrong. More mutations will appear sooner, if there are more copies of the virus due to its increased spread, and persistence of mutations favorable to the virus will depend on selective forces that are complex and hard to predict.

One short-term but potentially lifesaving strategy that has not yet been mentioned in the show involves passive immunity. A vaccine promotes active immunity by stimulating the immune system to recognize parts of the virus. Passive immunity, on the other hand, comes not from exposure to the virus itself but from immune system products transferred from the blood of another individual (either human or non-human) who possesses immunity. As of episode 4 of The Last Ship, there is a hint that a scientist working on the Russian ship is immune. And on the U.S. ship there’s a dog, which, Dr. Scott offhandedly mentioned, are immune to the pandemic. She failed to mention, however, how vital this little tidbit could be to the fight against the pandemic. Immunity for dogs means that either the virus infects canine cells without harming them, or, more likely, that the canine immune system naturally recognizes the virus and mounts an early effective attack. 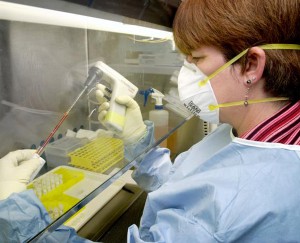 A CDC scientist processes a SARS specimen. Credit: CDC/James Gathany If that’s the case, blood could be drawn from the dog and antibodies that recognize the virus could be extracted as a product known as an antiserum. When injected into an unprotected individual, such an extract of antibodies can provide temporary protection in the event of exposure to the pathogen. It’s called passive immunity, because it comes from someone else – your immune system is not actively making the antibodies – and doesn’t renew itself, so you must keep injecting more to remain protected. In real life, we use antisera for a variety of conditions, including snakebite envenomation and for protection against certain infectious diseases when there’s no effective vaccine, or when there’s not enough time for a vaccine to take effect. So, whereas a vaccine offers the advantage of long-term, active immunity, an antiserum provides immunity that is short-lived but immediately effective.

Finally, while working on a vaccine, Earth’s health organizations and the crew and scientists of The Last Ship would be considering strategies other than active and passive immunity – namely those involving drug therapy. Today, after years of research, we still don’t have effective vaccines against HIV or malaria, but we’ve advanced substantially in treating these diseases with drugs. Depending on the stage of the infection, we fight HIV with a plethora of agents that can block the virus from fusing with the cell membrane and entering human cells (useful in early infection), or inhibit HIV enzymes like reverse transcriptase (that allows the virus to replicate its RNA genome into DNA), integrase (that integrates the replicated DNA into infected cells), and protease (that facilitates assembly of new virus particles). Today HIV patients can be managed for years with drugs, if the infection is detected early. Similarly, though malaria kills more than 600,000 people annually who could be saved with a vaccine, we’ve been using various anti-malarial drugs for centuries. Certain agents (e.g. quinolones, doxycycline) can prevent the disease if taken prior to exposure to the Plasmodium parasite, so they’re given to those traveling in endemic areas, like a vaccine, albeit one that protects only for a limited time. Furthermore, study of the parasite is leading to new pharmaceutical tactics to combat active disease. We must, and eventually we shall, have vaccines against these diseases, but meanwhile the more rapidly-moving drug research is saving lives. It’s not rapid enough though; that’s why we don’t have a drug specific against MERS-CoV. But there is another, more shotgun approach: test a bunch of drugs at once that are already approved for other clinical uses, and quickly repurpose those that happen to work against the virus. After trying 290 different agents on coronaviruses, one group of investigators has identified 39 drugs that can inhibit either MERS-CoV or SARS-CoV, and 27 of these turned out to be effective against both. These winning drugs represent a variety of classes. Since all 39 are approved for other uses, their characteristics are known already. Effectively, phase zero and phase I testing can be bypassed, and clinicians can try giving them to MERS-CoV and SARS-CoV patients and start noting their clinical efficacy. I would recommend that Dr. Scott do the same.