How Ultra-Processed Foods Can Affect Your Mental Health

While the McDonald’s adult Happy Meal might seem enticing, it’s better to think twice about processed foods for both your physical health and mental health. 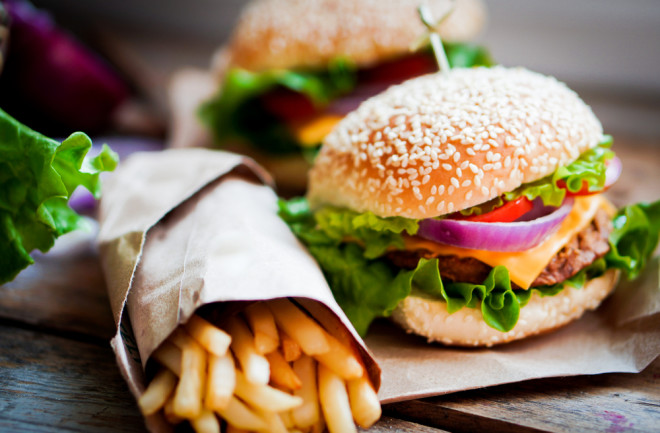 More often than not, a trip to the grocery store ends up with the purchase of packaged snacks, sugar-sweetened beverages, or reconstituted meat products, also known as ultra-processed foods. These foods make up more than 70 percent of the packaged foods in the United States and represent about 60 percent of the calories consumed by the average American.

Ultra-processed foods are popular because they’re convenient, ready to eat, and usually less expensive than other foods. However, they tend to be high in added sugar, salt and saturated fat, not to mention the processing depletes the food’s nutritional value. Extensive research has already indicated how detrimental ultra-processed foods are to your physical health — but what about your mental health?

According to the 'SMILES' trial from 2017, dietary improvement provides an effective and accessible treatment strategy for moderate to severe depression. The study itself was the first randomized, controlled trial that sought to find out if the improvement of an individual's diet would also improve their mental health through two support groups – one group had nutritional counseling and the other had social support. The dietary support group saw greater improvement compared to those in the social support control group.

More recently, the authors of a 2022 Public Health Nutrition study analyzed the data from a nationally representative sample of the U.S. population. They found that people with a higher intake of ultra-processed foods were more likely to report having mentally unhealthy or anxious days and symptoms of mild depression. Studies like these demonstrate how much food can impact an individual’s mental health.

This is an important area of research given that we’re in somewhat of a mental health crisis, says Eric Hecht, affiliate associate professor in the Charles E. Schmidt College of Medicine at Florida Atlantic University who was involved in the 2022 study.

“From a public health perspective, ultra-processed foods should be explored as one of the more common exposures that could be contributing to this crisis,” Hecht adds.

Ultra-processed foods can induce inflammation in the gut and body, and this inflammation is correlated with depressive or anxious symptoms, says Uma Naidoo, a nutritional psychiatrist at the Massachusetts General Hospital and author of This is Your Brain on Food, who was not involved in the study.

Although correlation isn’t causation, it’s possible for someone who consumes less ultra-processed foods to have lower odds of depression or anxiety. That’s because the gut microbiome and the brain remain closely connected through the vagus nerve (also known as the gut-brain connection). It acts as a fast two-way highway sending signals and chemicals back and forth, explains Naidoo.

“We produce over 90 percent of our body’s serotonin — as well as other neurotransmitters which govern mood — outside the brain, in the gut where our food is digested and broken down into vitamins, minerals and other nutrients,” Naidoo adds. “This enables a natural symbiosis between food and the body’s brain chemistry.”

Making dietary changes to improve one’s mental health depends on each individual’s unique needs and body — what works for one may not work for another, says Naidoo. In general, it’s advisable to eat more whole foods, fruits and leafy greens. Consistency and balance are key because small changes over time make the most impact, she adds.

For instance, it might be beneficial to skip those 10-piece chicken nuggets from the recently-released adult Happy Meals from McDonald's. Ultra-processed foods, or “foods where the original food is not really there anymore,” often contain substances like sugar and various chemicals that have untoward effects on mental health by themselves, says Hecht. According to a 2017 Scientific Reports study, sugar intake from sweet food and beverages has an adverse effect on long-term psychological health.

Meanwhile, following the Mediterranean diet that has a high consumption of vegetables, whole grains and healthy fats, and the low intake of red meat, has been shown to reduce the risk of depression. Diets that eliminate junk food altogether are also recommended.