How to Become a Trespasser in Your Own Genome 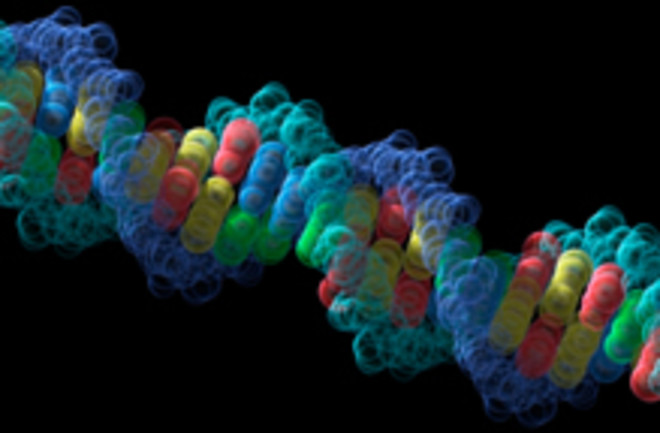 Gholson Lyon is on a crusade. It started last November, when he found out that a woman in a research study that he was conducting was pregnant. Lyon’s study had revealed that the woman carried a gene that causes a fatal disease. Yet he couldn’t tell the mother-to-be that she might be carrying a sick child due to the rules governing the study. The mother did give birth to a boy with the disease; he died in the same week that Lyon published his paper on the study, as I reported recently in Nature. Lyon was so disturbed by the situation that he is now trying to find a way for researchers to work within the rules so that they don’t face these same ethical dilemmas. And he is speaking and writing about the issue everywhere he can. The issue of what to tell patients about their DNA is difficult enough for doctors who are treating patents rather than studying them. But it has become urgent for researchers as well, because genetic sequencing technologies are now cheap and fast enough that scientists are planning to sequence five thousand patients’ genomes this year, and as many as 30,000 next year. The US National Human Genome Research Institute will soon begin a program that will spend tens of millions of dollars to sequence the genomes of patients, like Lyon’s study subjects, who have rare genetic diseases. And researchers are also sequencing thousands of otherwise healthy people across the lifespan, from newborns to old folks. Inevitably, researchers will find stuff in these thousands of genomes. Most of it will be difficult to understand. Some of it will clearly be linked to disease. Some of it will be newly linked to disease through these studies. The whole point of these studies is to link genes and disease. So it would seem like a good idea to tell the gracious volunteers who have donated their time and blood for these studies that they have certain genetic disease risks, right? Wrong. It may seem strange that scientists are prevented from telling you information that is in your own genome. But this is how most research is done, and bioethicists say there are good reasons for this. Arthur Caplan of University of Pennsylvania in Philadelphia, for instance, writes on his blog that a research finding is not the same thing as a medical diagnosis: “Research is just that. Until it is confirmed, it’s very likely that more harm than good will be done by trying to warn people about suspicions and best guesses.” And for genetic studies, there is another wrinkle to this debate. A study that scans a person's whole genome could turn up a lot of genetic risks, and that could lead to a lot of costly follow-up medical tests, points out bioethicist Ellen Wright Clayton of Vanderbilt University in Nashville, Tennessee. But Lyon’s situation shows what a bind this can create for scientists. He was studying a disease that caused baby boys to be born with wide mouths, enormous eyes, and wrinkly skin. The babies almost always died before their first birthdays due to heart problems. Lyon’s study found the gene responsible for the disease, which he named “Ogden Syndrome,” after the home town of the family in which he discovered the causative mutation. When a woman from the family emailed Lyon to tell him that she was pregnant, Lyon first asked the ethics committee governing his study whether he could tell her that she was carrying the disease-causing gene. The ethicists said no, because Lyon's study was not conducted in a lab that was certified to make genetic diagnoses; this is true of most research studies. So Lyon asked a clinical lab to develop an approved test for the mutation. The lab first said no, because the disease was too rare, and it wasn’t worth it for the lab to spend its time and money developing the test. Five months later, another family with the disease was found, and the lab agreed to develop a diagnostic test, which took six more months. By that time, the woman in Lyon’s study had already delivered her child, who had long since died. Lyon has decided that from now on, he will conduct his studies in labs that are certified to make genetic diagnoses. But he points out that other major studies being planned, such as the NHGRI’s rare disease sequencing program, are not planning to take this step. To Lyon, this seems like a waste: “We have limited resources, and to me it just seems crazy that we are sequencing all of these people and we can’t help them,” he says. As Lyon's story spreads throughout the genomics research community, other scientists are embracing this approach. This decision will probably add cost and complexity to studies, but researcher and blogger Daniel MacArthur points out that "it's hard to see a better solution." But what will the ethicists - and more importantly, the regulators - have to say about all of this? This issue is going to heat up in the coming months, as agencies such as the U.S. Food and Drug Administration prepare to weigh in on genetic tests. Stay tuned. Image: NIH

Erika is a journalist at

and educator in San Francisco. Her work has taken her to wild and beautiful places, but focuses most of the time on the inner terrain of the human body. Likes: human biology, chunky animals, backyard produce. Dislikes: reticent sources, pulpy orange juice, white chocolate. I live at www.erikacheck.com and tweet at twitter.com/Erika_Check.