How the Amhara breathe differently 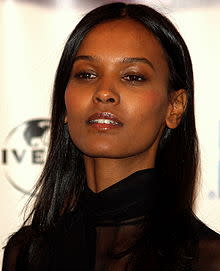 I have blogged about the genetics of altitudeadaptation before. There seem to be three populations in the world which have been subject to very strong natural selection, resulting in physiological differences, in response to the human tendency toward hypoxia. Two of them are relatively well known, the Tibetans and the indigenous people of the Andes. But the highlanders of Ethiopia have been less well studied, nor have they received as much attention. But the capital of Ethiopia, Addis Ababa, is nearly 8,000 feet above sea level! Another interesting aspect to this phenomenon is that it looks like the three populations respond to adaptive pressures differently. Their physiological response varies. And the more recent work in genomics implies that though there are similarities between the Asian and American populations, there are also differences. This illustrates the evolutionary principle of convergence, where different populations approach the same phenotypic optimum, though by somewhat different means. To my knowledge there has not been as much investigation of the African example. Until now. A new provisional paper in Genome Biology is out, Genetic adaptation to high altitude in the Ethiopian highlands:

We highlight several candidate genes for involvement in high-altitude adaptation in Ethiopia, including CBARA1, VAV3, ARNT2 and THRB. Although most of these genes have not been identified in previous studies of high-altitude Tibetan or Andean population samples, two of these genes (THRB and ARNT2) play a role in the HIF-1 pathway, a pathway implicated in previous work reported in Tibetan and Andean studies. These combined results suggest that adaptation to high altitude arose independently due to convergent evolution in high-altitude Amhara populations in Ethiopia.

The main shortcoming about this paper for me is that it does not highlight the evolutionary history of this adaptation. In the paper the authors compared the Amhara (a highland population) to nearby lowland populations. But did not explore the nature of the population structure and how it might have influenced the arc of adaptation. Are these very ancient adaptations? Or new ones? It seems that hominins have been resident in Ethiopian for millions of years. If this is so presumably there have been adaptations to higher elevations from time immemorial. But what if these adaptations are new? More pointedly the Ethiopians can be modeled as a compound of an Arabian population with an indigenous East African one. If this is a genuine recent admixture event, then one might be able to ascertain via haplotype structure whether the adaptive variants derive from ancient African genetic variation, or whether they're novel mutations. It seems that this paper is a good first step, but there's a lot more to see here.... Citation: Genome Biology, doi:10.1186/gb-2012-13-1-r1