Permanent daylight saving time could be more detrimental than we think for our sleep and overall health. Experts explain why. 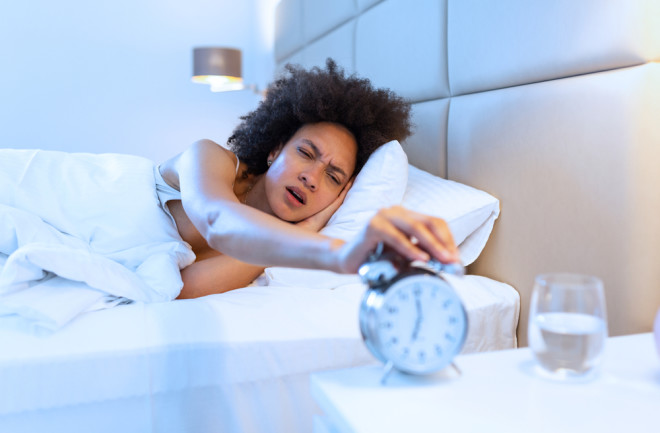 This article was originally published on March 30, 2022.

Let’s face it: Resetting our clocks twice a year is a bit of a chore and paves way for some confusion with how much sleep we could gain or lose. And in March 2022, the U.S. Senate proposed we put our clocks to rest with a bill called the Sunshine Protection Act that could make daylight saving time (DST) permanent year-round.

The concept of DST – or, the ritual of setting our clocks forward an hour in the spring, then back an hour in the fall – has been a subject of debate since its inception more than 100 years ago. And it all began in 1918 with an effort to conserve energy.

DST was proposed by George Hudson, an entomologist from New Zealand, who thought that the extra hour of sunlight during the warmer months would encourage people to spend more time outside, ultimately saving energy by decreasing electricity usage in their homes. This paved the way for the ritual of “spring forward” or  “fall back,” corresponding to the current season, each year.

In the U.S. and Canada, this involves moving our clocks forward by an hour on the second Sunday of March and then back again on the first Sunday in November. It is worth noting that this clock changing did come to a brief halt when the U.S. instituted year-round DST for two years in the 1970’s. The public hated it and Congress reversed the measure before the two years was up.

Many of the same concerns still exist today. Before you rejoice in gaining that precious hour of evening daylight, let’s take a look at how permanent DST might affect our overall health.

Just like our body temperature or blood sugar, sleep is regulated internally. This is where the circadian rhythm comes into play. Think of the circadian rhythm as the body’s internal clock that dictates your sleep-wake cycle, or simply the schedule of when you are awake or asleep across a 24-hour period.

Our internal clock is heavily influenced by daylight exposure, which has been proven to promote alertness and wakefulness. And at some point or another, we’ve all tampered with our body’s internal clock, whether that was by pulling an all-nighter or catching a flight across time zones. As a result, we had to deal with the repercussions. So, how exactly would our circadian rhythm be affected if we made the switch to permanent DST? Erin Flynn-Evans, a sleep researcher and spokesperson for the American Academy of Sleep Medicine, has some thoughts on the matter.

According to Flynn-Evans, our internal clock is set by daily light exposure and the most powerful light cue that we have is the timing of the sun. This means that if we set our clocks to help us wake up around sunrise, we will be more alert and awake. Similarly, Flynn-Evans explains that setting our clocks to help us get ready for bed around sunset will promote sleep and help us fall asleep easier.

Participants in a study at the University of Colorado Boulder confirmed this power of natural light on their internal body clocks after spending just one week camping in the Rocky Mountains. After the week, the eight participants had synchronized internal clocks that matched the timing of sunrise and sunset.

Currently, when we set our clocks to standard time each fall, our clock time and our internal body clock are aligned. However, the same cannot be said of DST.

Let’s Sleep On It

Though our clocks move forward each spring, our health may not always follow suit. Research has shown that DST can cause fatigue and have lasting effects on our heart and brain.

Flynn-Evans explains the effects we would feel from permanent DST by splitting them into two categories. The first is a decrease in overall sleep. This is largely because people will have to get up before sunrise, which will decrease alertness. Of course, this also includes the added downside of making the trek to work and school while it’s still dark and gloomy for many people across the U.S. On the other side of the day, we can look forward to the sun being out later, which comes with many perks such as relishing in after-school and post-work activities in the daylight.

However, it’s important to note that this can also cause a shift in our nighttime schedules. People will have a tendency to go to bed later and this can throw off sleep schedules at large, says Flynn-Evans.

If you have ever traveled, you can relate to the second major issue with permanent DST. Apparently, making the time switch could mean living in a perpetual jet lag state, where many people are going to bed and waking up with their bodies and the sunlight a bit out of sync. “While moving away from changing our clocks twice a year might sound ideal, we’re just sort of trading one set of problems for another,” says Flynn-Evans.

In fact, the annual time switch increases sleep deprivation, which can leave many feeling drowsy behind the wheel of a car. A recent study found that car crashes increased by 6 percent in the week following DST. The 2020 study in Current Biology analyzed 732,835 accidents recorded through the U.S. Fatality Analysis Reporting System between 1996 and 2017 to shed light on the surge in deadly crashes after changing our clocks.

Beyond sleep disturbance, DST has also been linked to a 24 percent increase in heart attacks, according to a 2014 report from Open Heart. A combination of sleep deprivation and disruptions to our body’s circadian system can add more strain and undue pressure to our bodies and in turn result in a heart attack or stroke.

The American Academy of Sleep Medicine has issued a statement in favor of a permanent change to standard time instead to avoid potential health risks. For now, it’s safe to say that we can press snooze on any sudden changes to our sleep schedule.